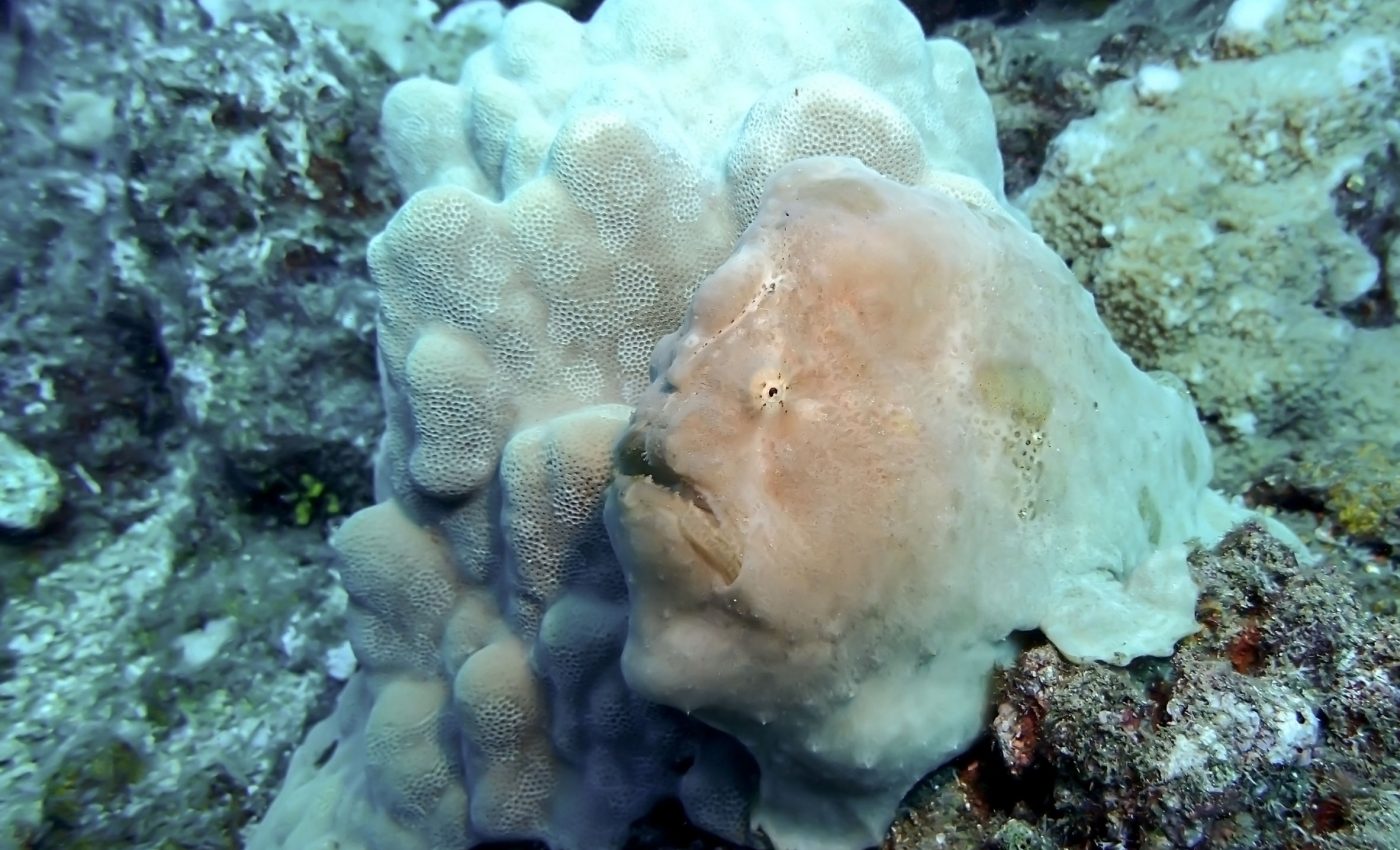 The exploration team took this picture of an unidentified frogfish at Davidson Seamount.

The Frogfishes are small, short and stocky, and sometimes covered in spinules and other appendages to aid in camouflage.

Therefore camouflage aids in protection from predators and enables them to lure prey. Many species can change color.

Also in keeping with this camouflage, frogfishes typically move slowly, lying in wait for prey, and then striking extremely rapidly, in as little as 6 milliseconds.

In open water, frogfishes can swim with strokes of the tail fin. They also have a kind of jet propulsion, often used by younger frogfish. It is achieved by rhythmically forcing their breath-water out through their gill openings, which lie behind their pelvic fins.