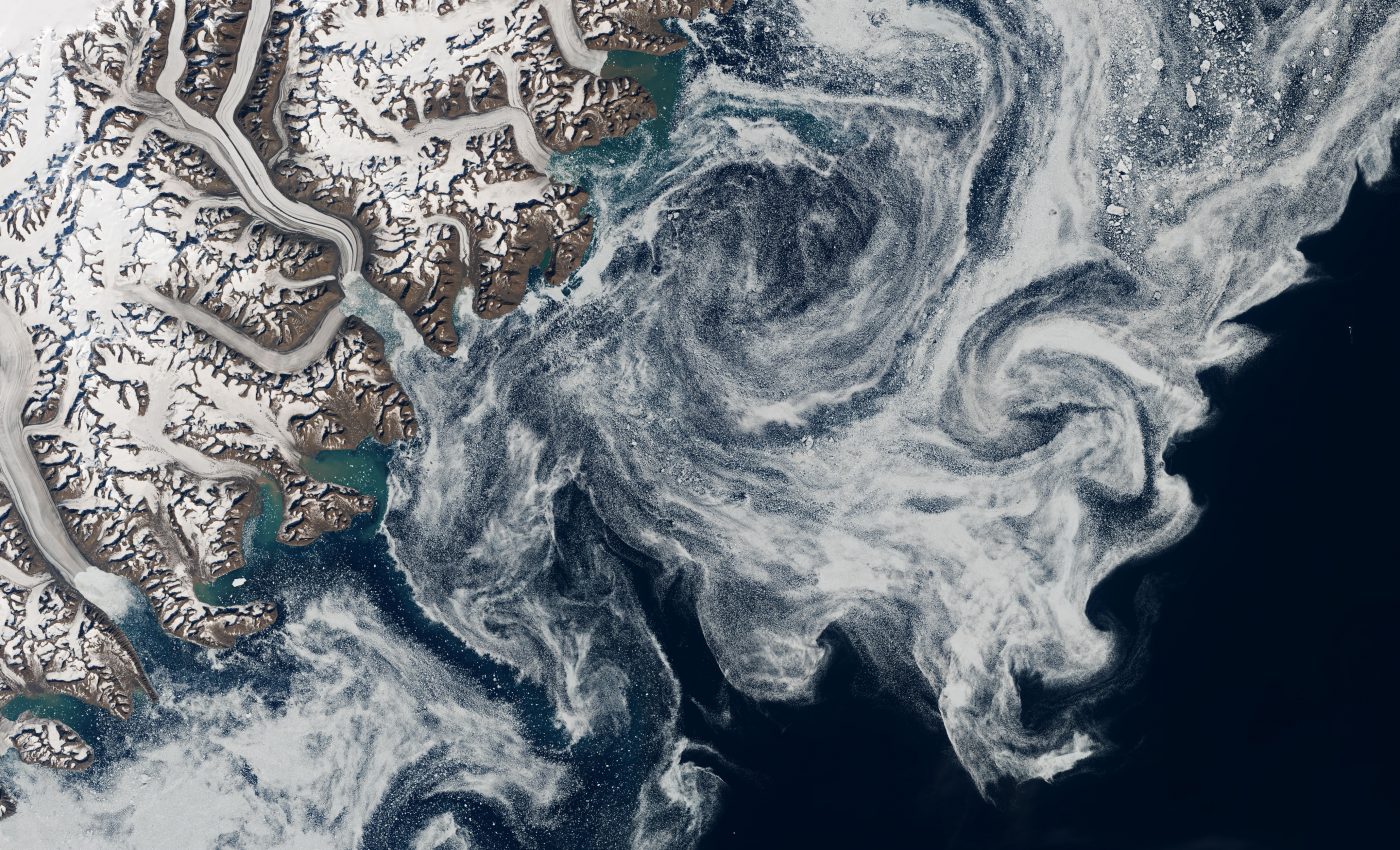 “The pack-ice you see in the image is remnant ice that exited the Arctic through Fram Strait,” explained Robert Pickart, a high-latitude oceanographer at Woods Hole Oceanographic Institution. “It is in the process of melting out as it is carried southward by the East Greenland Current.”

Pickart noted that the current is unstable and tends to meander. This instability causes vortices of water, or “eddies,” to develop offshore and transform the sea ice.

“This is a graphic example of how fresh water – both liquid and frozen – originating from the Arctic gets transferred to the interior of the Nordic seas, which modulates the wintertime transformation of the interior water,” said Pickart. Sea ice escapes the Arctic Ocean

“If this changes in the future, it has implications for the global overturning circulation that helps regulate our climate.”The Arctic Ocean includes the North Pole region in the middle of the Northern Hemisphere, and extends south to about 60°N. The Arctic Ocean is surrounded by Eurasia and North America, and the borders follow topographic features; the Bering Strait on the Pacific side, and the Greenland Scotland Ridge on the Atlantic side. It is mostly covered by sea ice throughout the year and almost completely in winter. The Arctic Ocean’s surface temperature and salinity vary seasonally as the ice cover melts and freezes;[4] its salinity is the lowest on average of the five major oceans, due to low evaporation, heavy fresh water inflow from rivers and streams, and limited connection and outflow to surrounding oceanic waters with higher salinities.

The image was captured on July 2, 2020 by the Operational Land Imager (OLI) on Landsat 8.