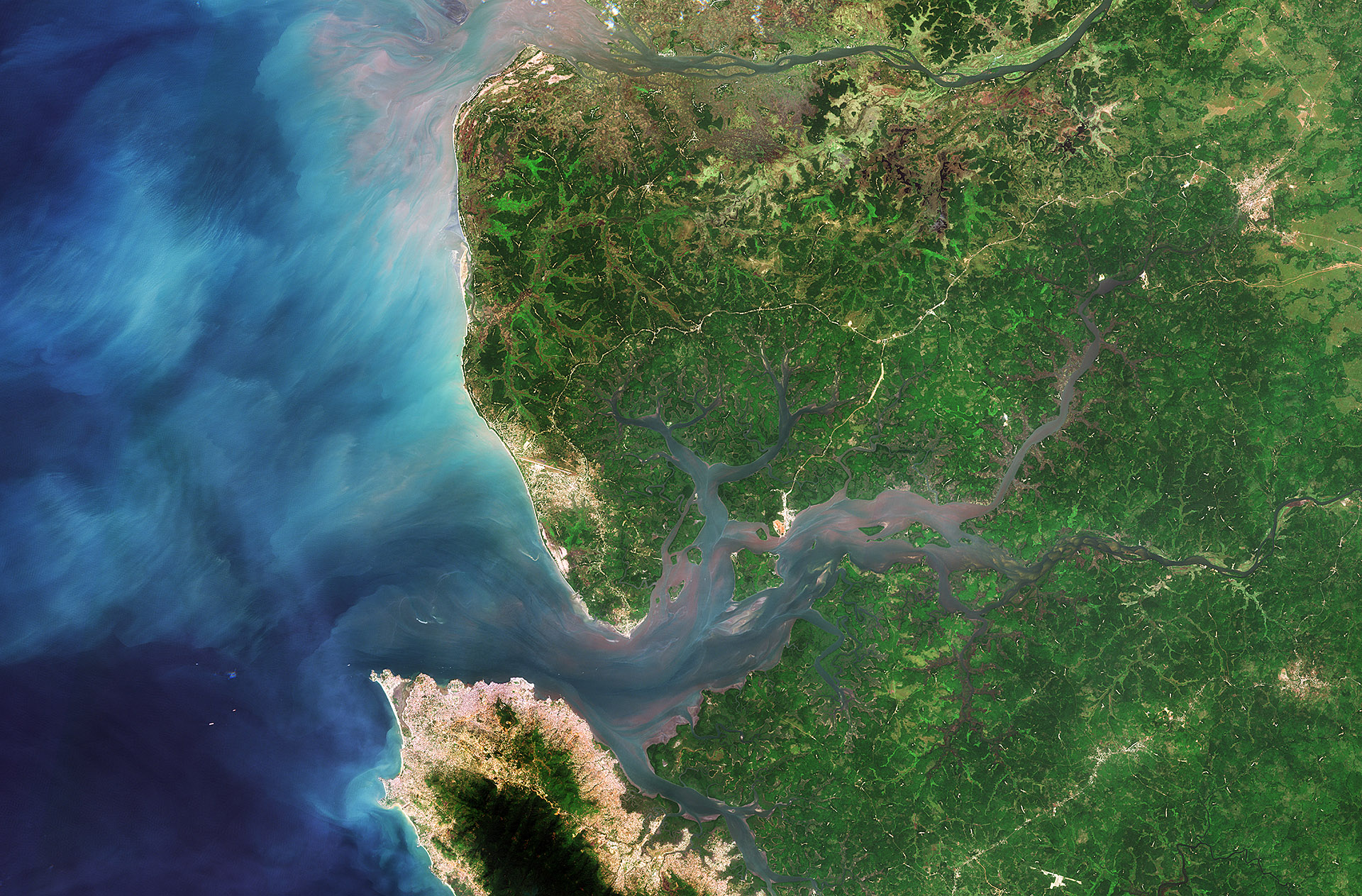 Part of Sierra Leone river estuary in West Africa is pictured in this image the Sentinel-2A satellite captured on 11 December 2015.

The country’s capital, Freetown, sits on a peninsula at the bottom of the image. Its economy revolves around its natural deep water harbour – one of the world’s largest. North of Freetown and across the river, we can see the runways of the Lungi International Airport.

The area in the central-right portion of the image is the Sierra Leone River Estuary. The estuary is dominated by mangroves and lowland coastal plains and is an important breeding habitat for multiple waterbird species.

Diverse socio-economic activities are supported by the estuary, such as fishing, tourism and sea transport, which help to alleviate poverty at the community level.

But the estuary is being threatened by a growing population. For example, unauthorised housing development has caused the removal of about 20 hectares of mangrove vegetation over the past five years alone. Poor waste disposal, unsustainable fishing and many other factors are also taking their toll on the ecosystem.

Some 295 000 hectares of this estuary is protected under the Ramsar Convention – an intergovernmental treaty for the sustainable use of wetlands.  There are over 2000 sites worldwide considered to be wetlands of international importance by the Convention.

ESA assists the Ramsar Convention through the GlobWetland Africa project and the TIGER initiative ‘Looking After Water in Africa’, which provide satellite data to be used to monitor and sustainably manage these precious resources.