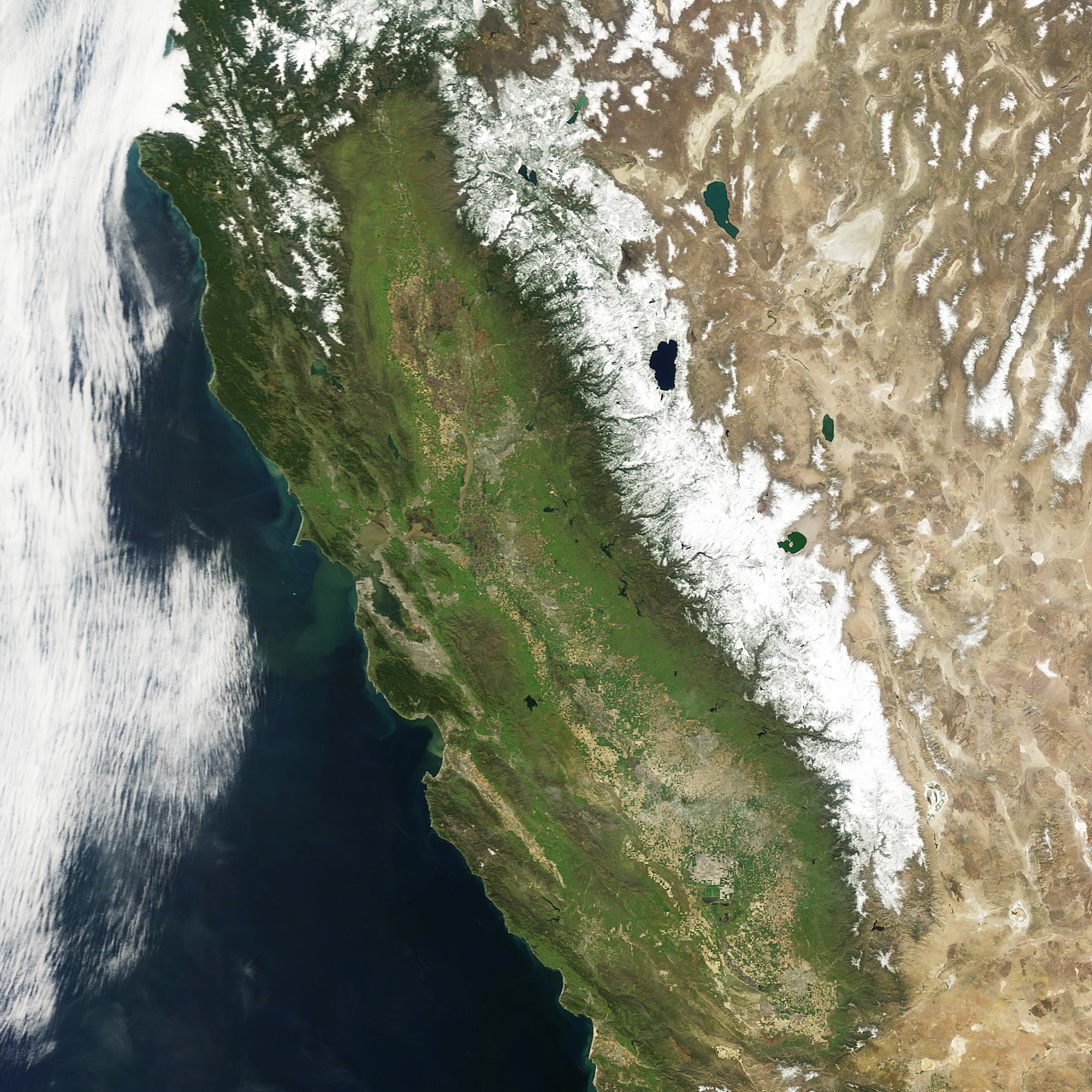 Sierra Nevada is a Spanish name that means “snowy mountain range.” While the term “snowy” has generally been true for most of American history, the mountain range has seen far less snow accumulation in recent years.

The depth and breadth of the seasonal sierra Nevada snowpack in any given year depends on whether a winter is wet or dry. Wet winters tend to stack up a deep snowpack, while dry ones keep it shallow. These images show the snowpack on the Sierra Nevada amid the wet year of 2011 (top) and the dry year of 2015 (bottom). They were acquired by the Moderate Resolution Imaging Spectroradiometer (MODIS) on NASA’s Terra satellite. Turn on the image comparison tool to see the difference in the snowpack.

Both images were acquired on March 31, about halfway through the water year. A “water year” is the 12-month period from October 1 through September 30. The snowpack on the Sierra Nevada has generally peaked and begins to melt by the beginning of April. Meltwater runoff from that snowpack helps replenish rivers and reservoirs while recharging the groundwater.

The wet year of 2011 buffered the initial effects of drought that returned in 2012, but dry conditions deepened in subsequent years. By March 2015, about one-third of the ground-based monitoring sites in the Sierra Nevada recorded the lowest snowpack ever measured. Some sites reported no snow for the first time. One month later, only some sites—generally those at higher elevations—had any measureable snowpack.

Scientists from the University of Arizona wrote in a September 2015 article in Nature Climate Change that the low snowpack conditions of 2015 were truly extraordinary. Tree-ring records of precipitation anomalies and of temperature allowed them to reconstruct a 500-year history of snow water equivalent in the Sierra Nevada. The researchers found that the low snowpack of April 2015 was “unprecedented in the context of the past 500 years.”