Dust And Fires North Of The Caspian Sea • Earth.com

Dust And Fires North Of The Caspian Sea 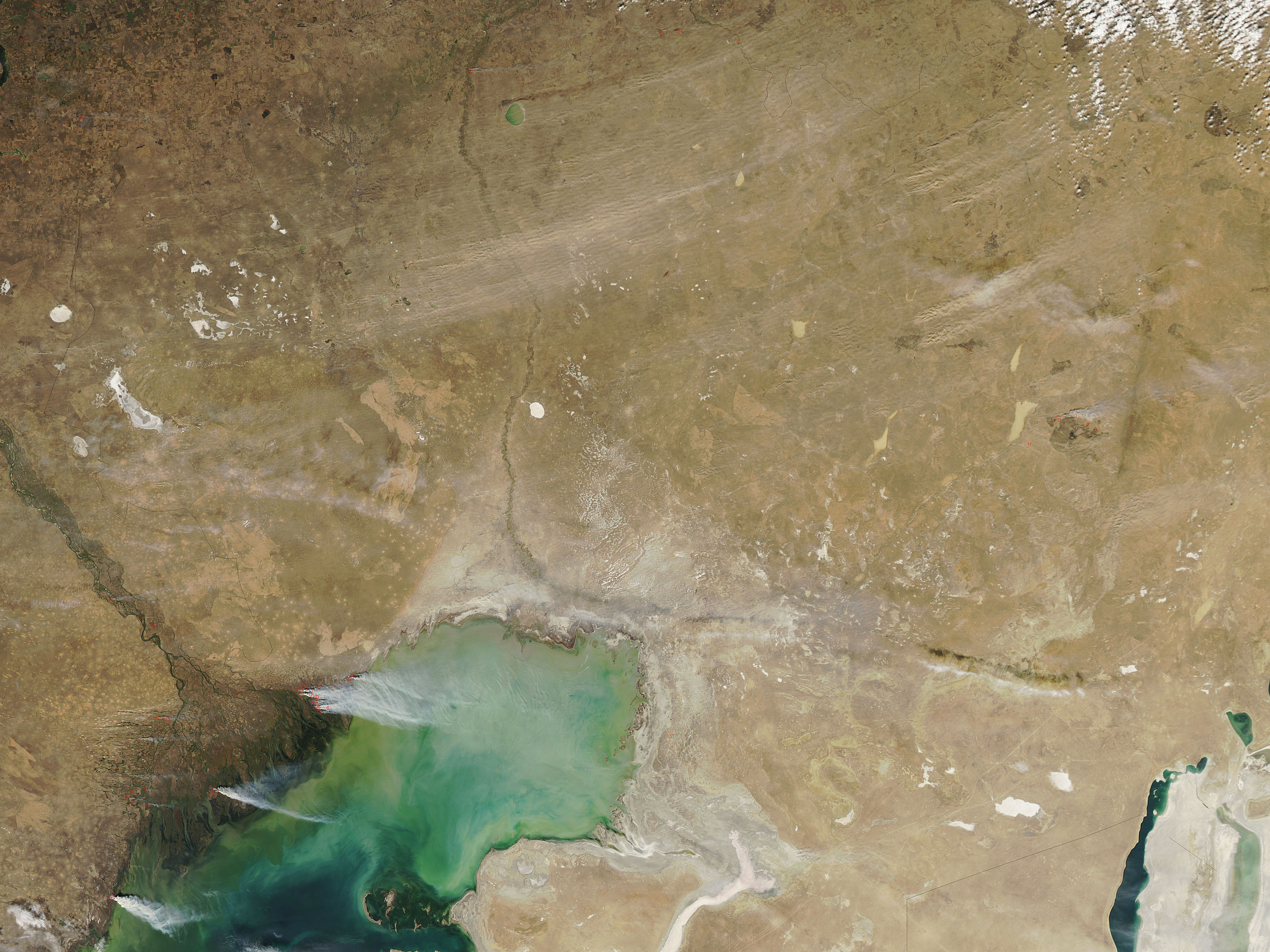 Dust And Fires North Of The Caspian Sea. Streamers of dust blow across western Kazakhstan while fires burned in the Volga Delta in early October 2015. The Moderate Resolution Imaging Spectroradiometer (MODIS) aboard NASA’s Aqua satellite captured this true-color image on October 3 as it flew over the north of the Caspian Sea.

The climate of western Kazakhstan is hot and dry, and dust storms are common in the region. The Volga River is a rich source of water in the region, and attractive for agriculture, industry and recreation. Considering the time of year, location and number of fires, they are likely being used to manage land for agriculture. Each red hot spot marks an area where thermal detectors on the MODIS instrument recognized temperatures higher than background. When accompanied by plumes of smoke, as in this image, such hot spots are diagnostic for actively burning fire. Dust And Fires North Of The Caspian Sea