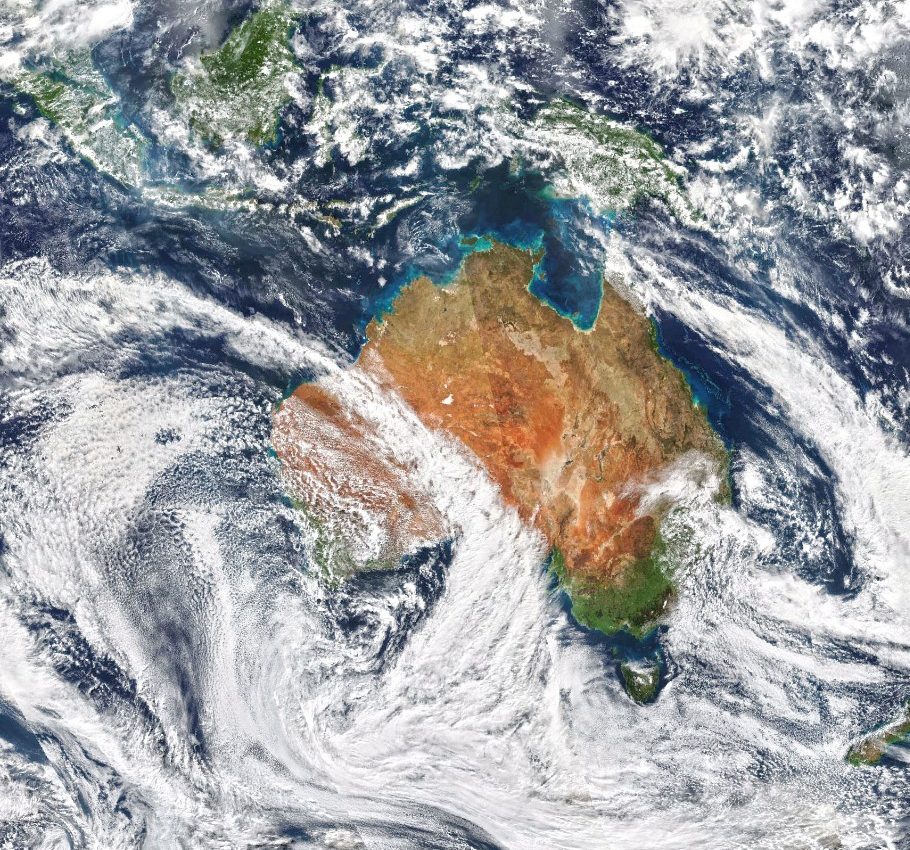 According to Australia’s Bureau of Meteorology, moisture-transporting atmospheric rivers occur all over the world and regularly hit Australia, but it is rare for two of the rainmakers to hit at once. This type of event, however, could become much more common as a result of climate change. Simultaneous atmospheric rivers over Australia

The image was captured by the Visible Infrared Imaging Radiometer Suite (VIIRS) on the NOAA-NASA Suomi NPP satellite. Australia, officially the Commonwealth of Australia, is a sovereign country comprising the mainland of the Australian continent, the island of Tasmania, and numerous smaller islands. It is the largest country in Oceania and the world’s sixth-largest country by total area. The population of 26 million is highly urbanised and heavily concentrated on the eastern seaboard. Australia’s capital is Canberra, and its largest city is Sydney. The country’s other major metropolitan areas are Melbourne, Brisbane, Perth, and Adelaide.