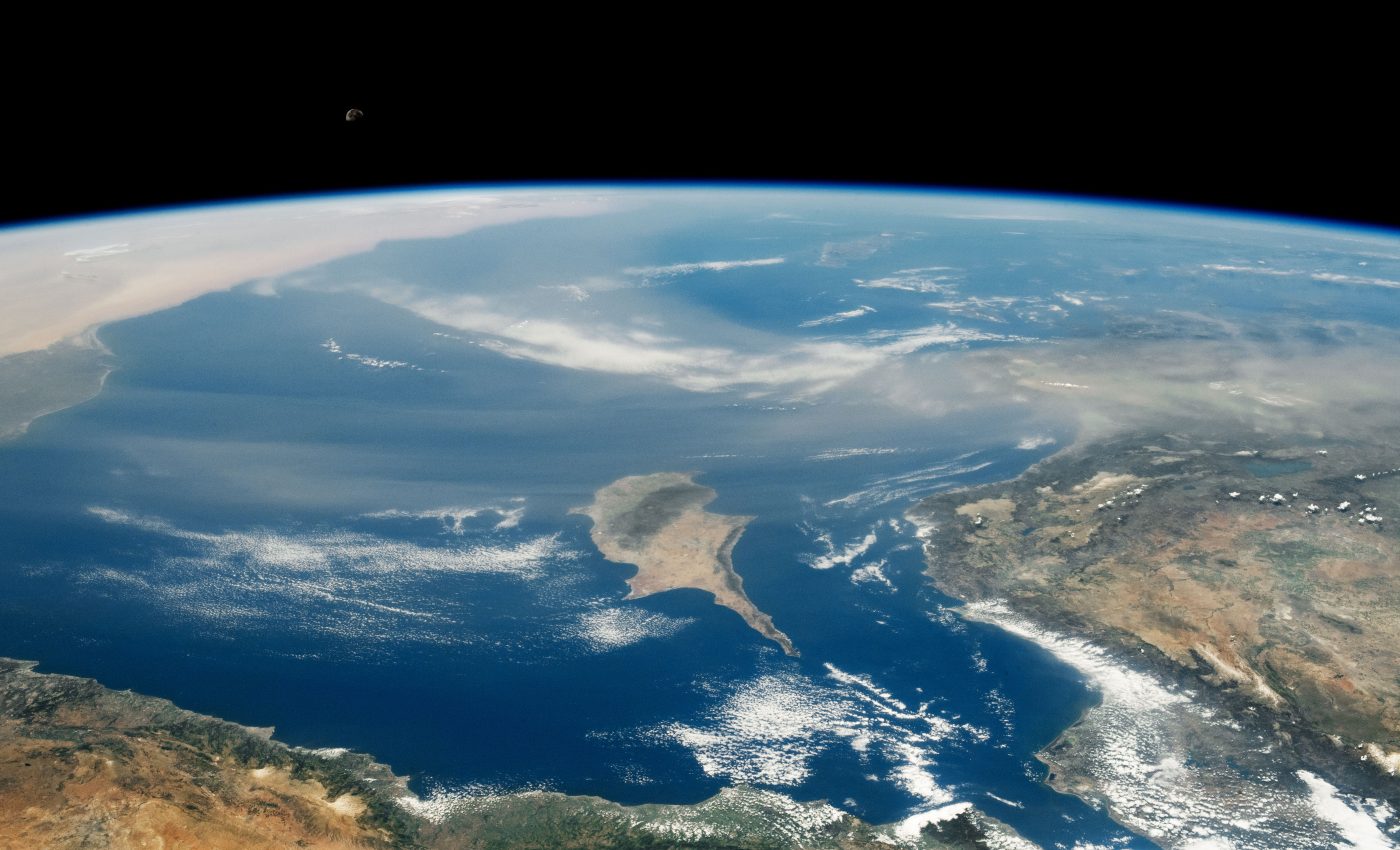 Dust plume stretches over the Mediterranean. Today’s Image of the Day from NASA Earth Observatory was captured by an astronaut onboard the International Space Station (ISS).

The photograph shows a large plume of dust stretching over the Mediterranean Sea and the island of Cyprus. To the West, the waning gibbous Moon is visible above Earth’s horizon.

By capturing coastlines and seas in the same image, it is easier to observe dust and aerosols lingering in the atmosphere. The edges of dust clouds are more distinguishable over water when there is a coastline available for reference.

On this particular day, measurements taken by the Atmospheric Infrared Sounder (AIRS) on NASA’s Aqua satellite indicate a high concentration of dust over Turkey.

The eastern Mediterranean Sea relies on atmospheric dust to deliver key nutrients for phytoplankton and microbial communities that form the base of the marine food chain. The Mediterranean Sea is a sea connected to the Atlantic Ocean, surrounded by the Mediterranean Basin and almost completely enclosed by land: on the north by Western and Southern Europe and Anatolia, on the south by North Africa, and on the east by the Levant. Although the sea is sometimes considered a part of the Atlantic Ocean, it is usually referred to as a separate body of water. Geological evidence indicates that around 5.9 million years ago, the Mediterranean was cut off from the Atlantic and was partly or completely desiccated over a period of some 600,000 years during the Messinian salinity crisis before being refilled by the Zanclean flood about 5.3 million years ago.