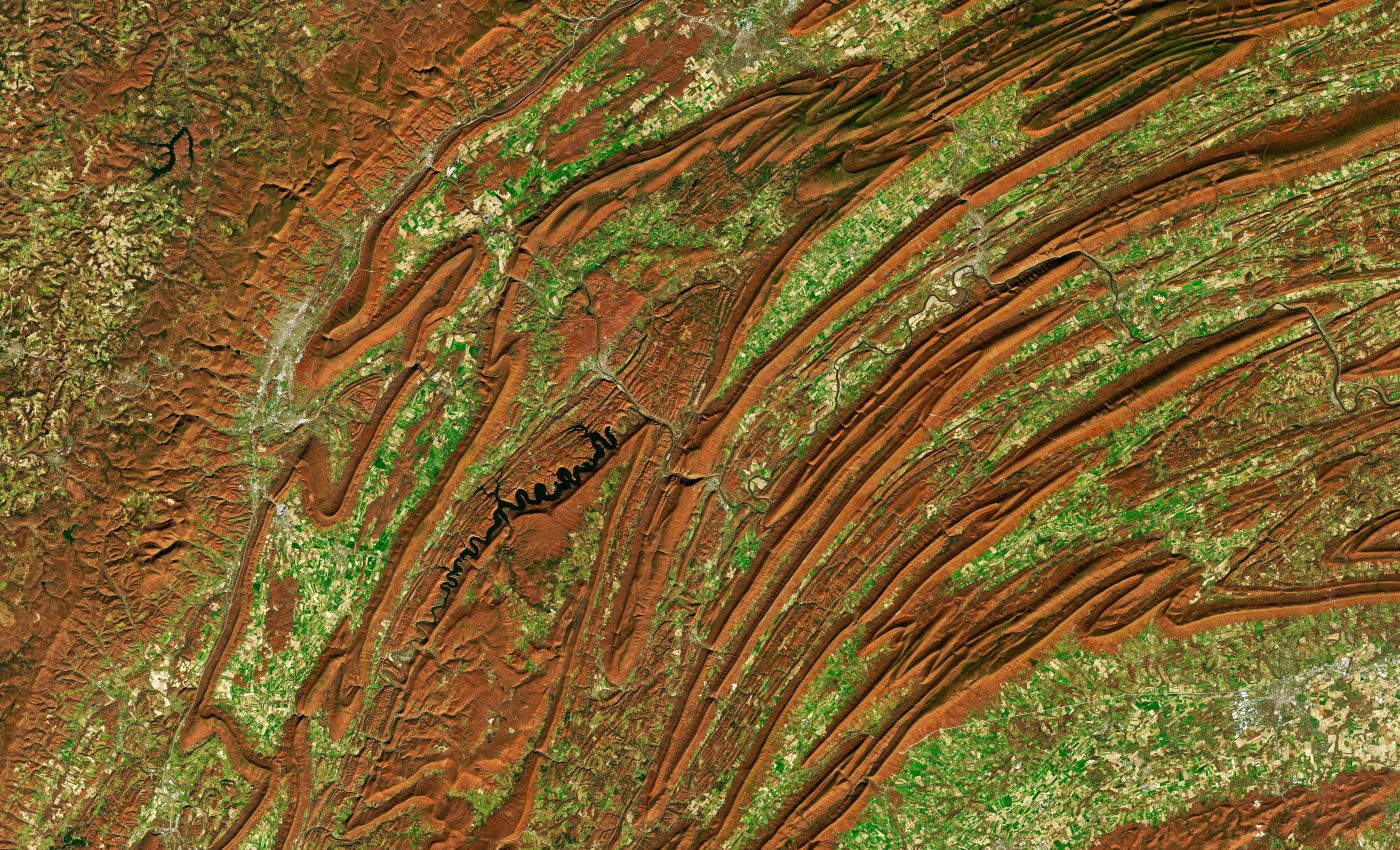 The prominent folds of rock were pushed up during various plate tectonic collisions and mountain-building episodes during the Ordovician Period, as well as during the formation of Pangea.

Fisherman are drawn to the river valleys found in between the mountains. Spring Creek is considered one of Pennsylvania’s best trout fisheries and is a popular destination for fly fishing. The folded mountains of central Pennsylvania

The image was captured on November 9, 2020 by the Operational Land Imager (OLI) on the Landsat 8 satellite. Pennsylvania, officially the Commonwealth of Pennsylvania, is a state in the Great Lakes, Appalachian, and Mid-Atlantic regions of the Northeastern United States. The Commonwealth is bordered by Delaware to the southeast, Maryland to the south, West Virginia to the southwest, Ohio to the west, Lake Erie and the Canadian province of Ontario to the northwest, New York to the north, and New Jersey to the east, while the Appalachian Mountains run through its middle.