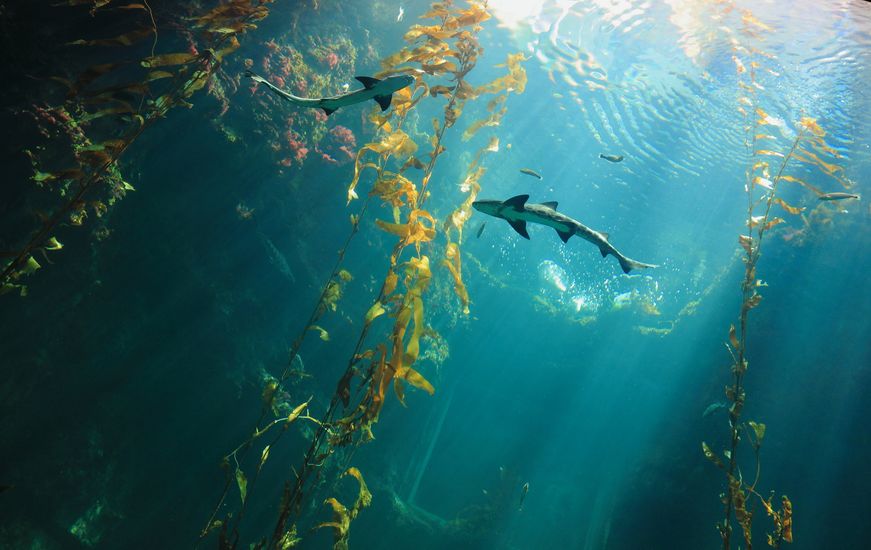 A small shark swims nearby as scientists examine a sponge at Site 3. Also Sharks exist in all seas, within a wide range of aquatic habitats and varying temperatures.

Sharks are a group of elasmobranch fish characterized by a cartilaginous skeleton, five to seven gill slits on the sides of the head, and pectoral fins that are not fused to the head.

Under this broader definition, the earliest known sharks date back to more than 420 million years ago.

Modern sharks are classified within the clade Selachimorpha and are the sister group to the rays. Also Well-known species such as the great white shark, tiger shark, blue shark, thresher shark, and hammerhead shark are apex predators-organisms at the top of their underwater food chain. Many small sharks are similar.

Small sharks range in size from the small dwarf lanternshark , a deep sea species of only 17 centimetres. Also the whale shark , the largest fish in the world, which reaches approximately 12 metres (40 ft) in length.

Evidence for the existence of sharks dates from the Ordovician period, 450–420 million years ago, before land vertebrates existed and before a variety of plants had colonized the continents