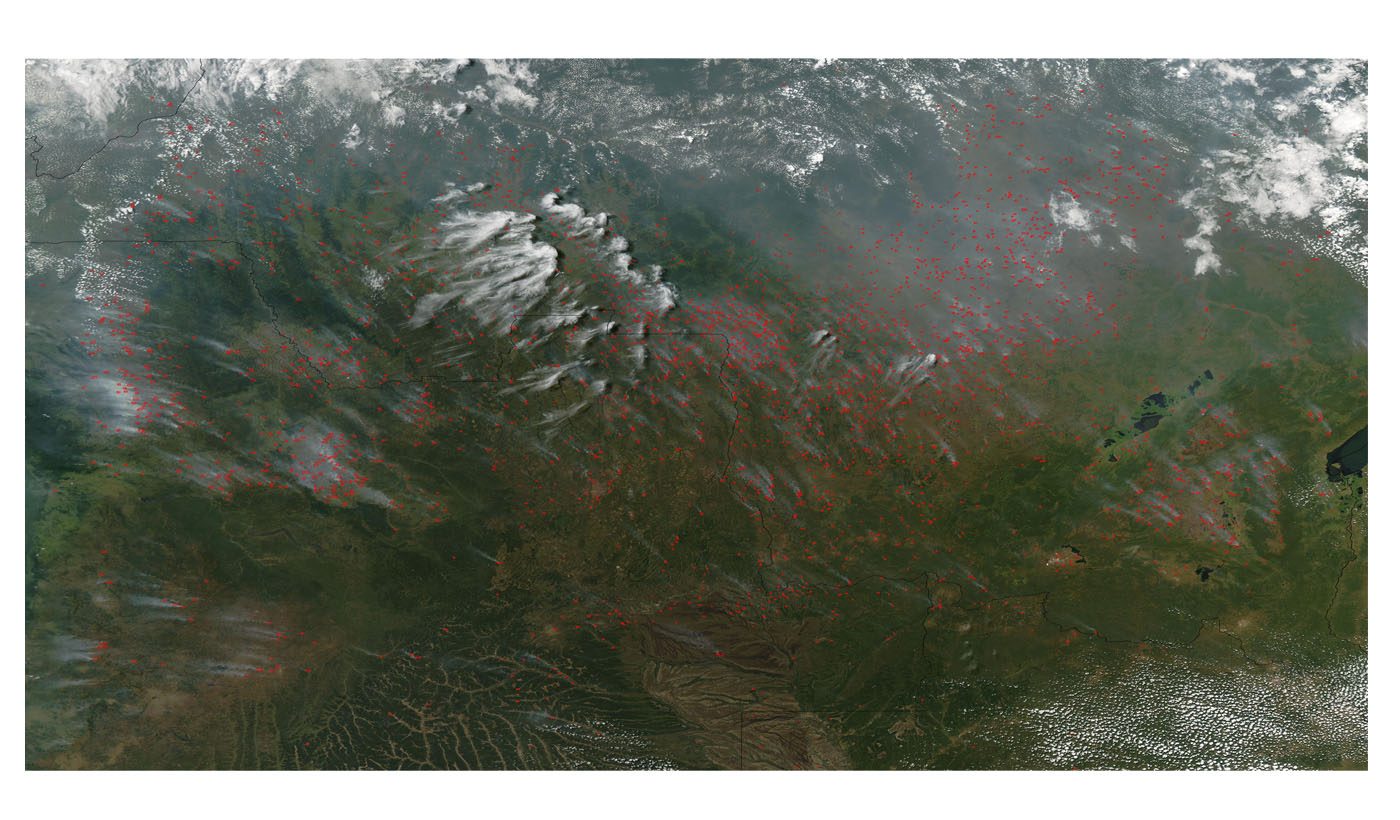 The biomass burning in Central and south America appears firmly underway in this true-color Moderate Resolution Imaging Spectroradiometer (MODIS) from the Aqua satellite on May 8, 2003. Thousands of fires were detected by MODIS across Democratic Republic of Congo (top) and Angola (bottom) and are marked with red dots. The top of the image is clouded with smoke.

South America is a continent in the Western Hemisphere, mostly in the Southern Hemisphere, with a relatively small portion in the Northern Hemisphere. It may also be considered a subcontinent of the Americas, which is how it is viewed in the Spanish and Portuguese-speaking regions of the Americas. The reference to South America instead of other regions (like Latin America or the Southern Cone) has increased in the last decades due to changing geopolitical dynamics (in particular, the rise of Brazil).additional citation needed. Biomass Burning in Central and South America is very common.