Snow Around the Great Lakes 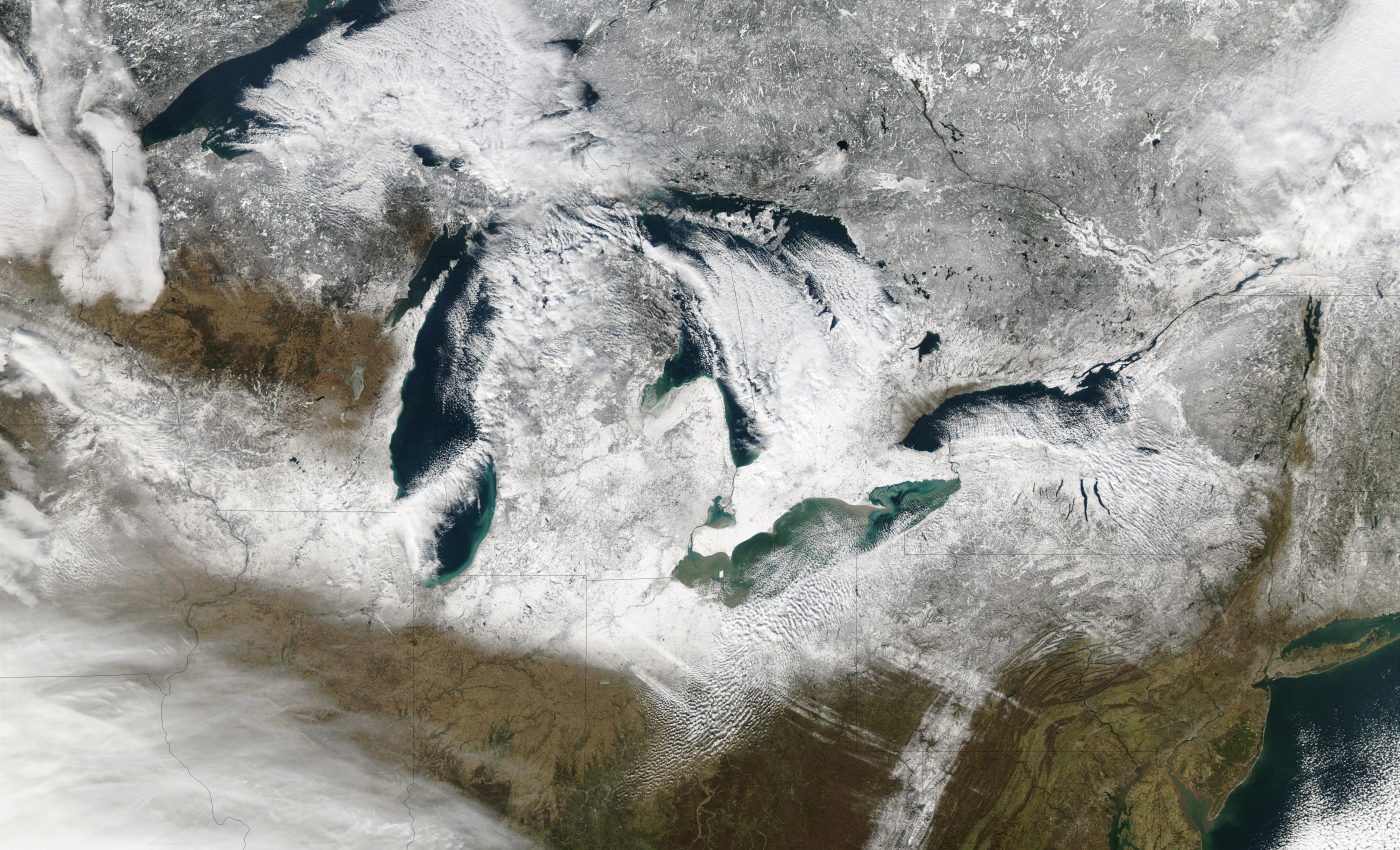 Snow and clouds cover the Great Lakes region of Canada and the United States in this true-color Aqua MODIS image acquired December 3, 2002. The snow highlights the region’s features, namely (from left to right) Superior, Michigan, Huron, Erie, and Ontario Lakes, but also the hilly texture of the landscape that is otherwise hard to distinguish from above.

In this image, the snow stretches across 12 of the U.S.’ northernmost states (from Minnesota to New Hampshire), down into West Virginia, and up into the two Canadian provinces of Ontario and Quebec. The streak of snow from southwestern Pennsylvania into West Virginia highlights the Allegheny Mountains in the greater Appalachian Mountain Range, which stretches for over a thousand kilometers and across eight states.

The Great Lakes (French: les Grands-Lacs), also called the Laurentian Great Lakes[1] and the Great Lakes of North America, are a series of interconnected freshwater lakes primarily in the upper mid-east region of North America, on the Canada–United States border, which connect to the Atlantic Ocean through the Saint Lawrence River. They consist of Lakes Superior, Michigan, Huron, Erie, and Ontario. Hydrologically, there are only four lakes, because Lakes Michigan and Huron join at the Straits of Mackinac. The lakes form the Great Lakes Waterway.