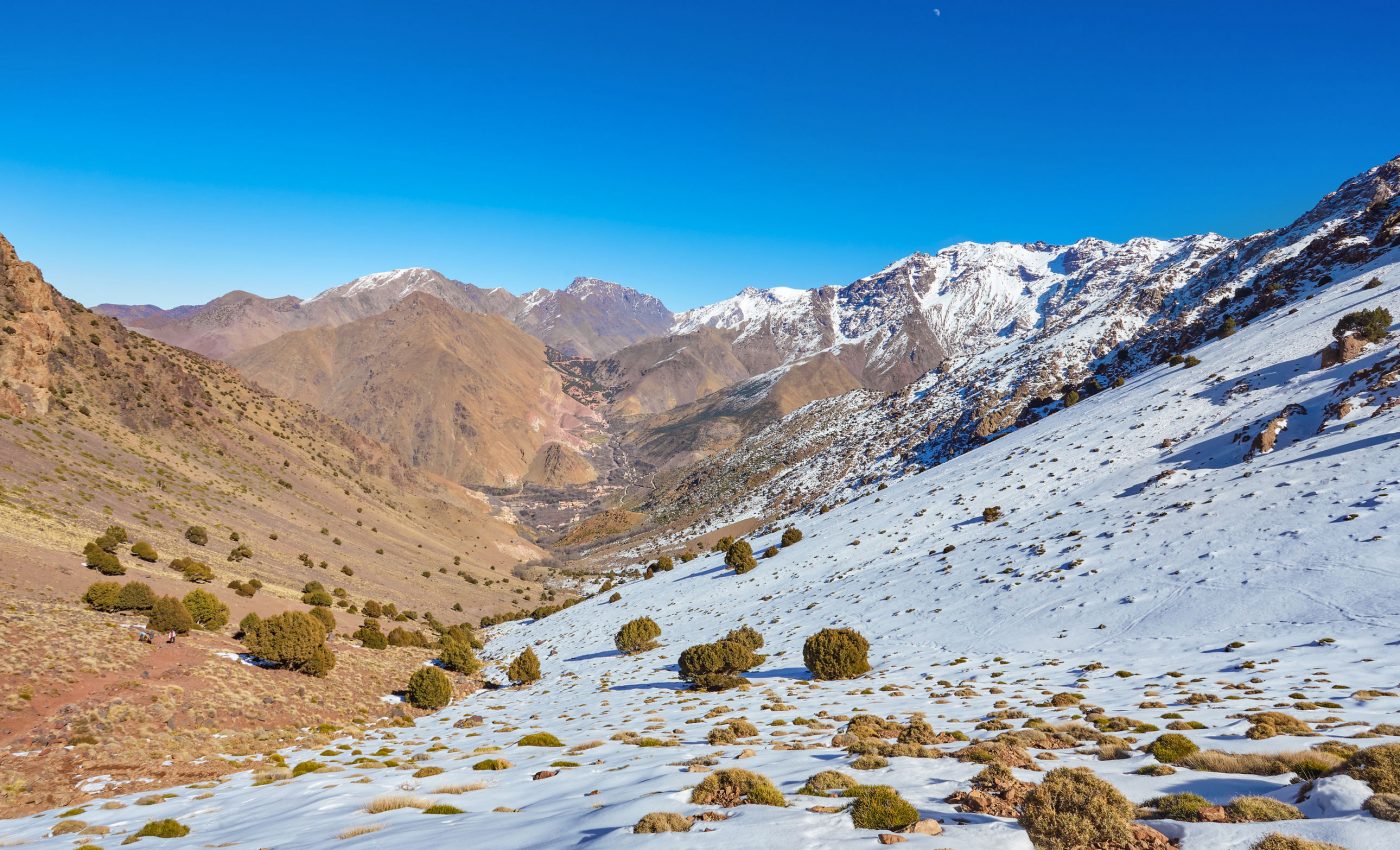 Snow over Northern Africa, winter weather descended on Northern Africa on January 26 and 27, 2005, leaving parts of Algeria and Morroco white with snow. This rare storms the worst in over 50 years brought chaos to the roadways of the normally arid region. As the clouds began to move away on January 28, the Terra MODIS instrument captured these images of the snow.

The top image shows the region in true color, as the human eye would see it. In this image, light clouds blend with the snow-covered ground, making it difficult to tell how much snow is present. The underlying roll-over image shows the same scene in false-color.

The infrared false-color bands separate cloud and ice, with cloud appearing peach and orange, and ice and snow appearing dark red. Vegetation is a dark green, while the bare desert is turquoise. In this image, the snow extends from the Mediterranean Coast in the north to the northern reaches of the Sahara Desert in the south. The false-color image is also available in the full range of resolutions – 250m.