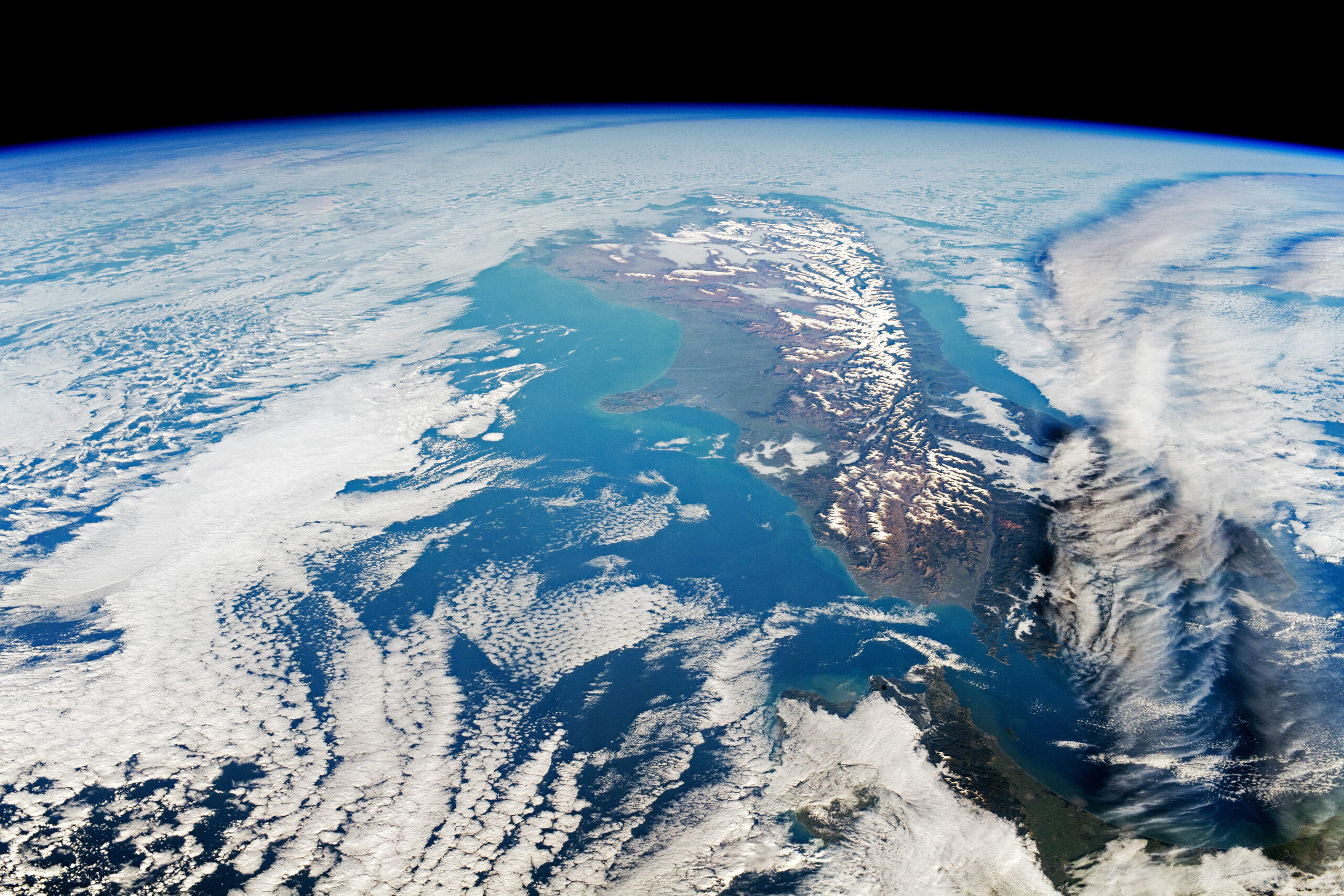 Today’s Image of the Day from the European Space Agency features an astronaut view of South Island, New Zealand in the southwestern Pacific Ocean. The island is breathtakingly beautiful and full of adventure, with golden beaches, rainforests, majestic mountains, lakes, and glaciers.

The Southern Alps run along the entire length of the island. Stretching hundreds of kilometers across South Island, the mountains contrast with the surrounding landscape.

Aoraki Mount Cook is the highest peak in the mountain range, which rises approximately 3,750 meters (12,300 feet) above sea level.

According to ESA, the mountains and their foothills on the west side experience frequent rain and snowfall year-round, while the downwind (east side) of these peaks have a more arid climate and many cloud-free days.

“South Island is also marked by the Alpine Fault, the major surface expression of the boundary between the Indo-Australian and the Pacific tectonic plates,” reports ESA.

“The central section of the fault runs the length of South Island. As the plates progressively converge, the Southern Alps should continue to rise skyward over time.”