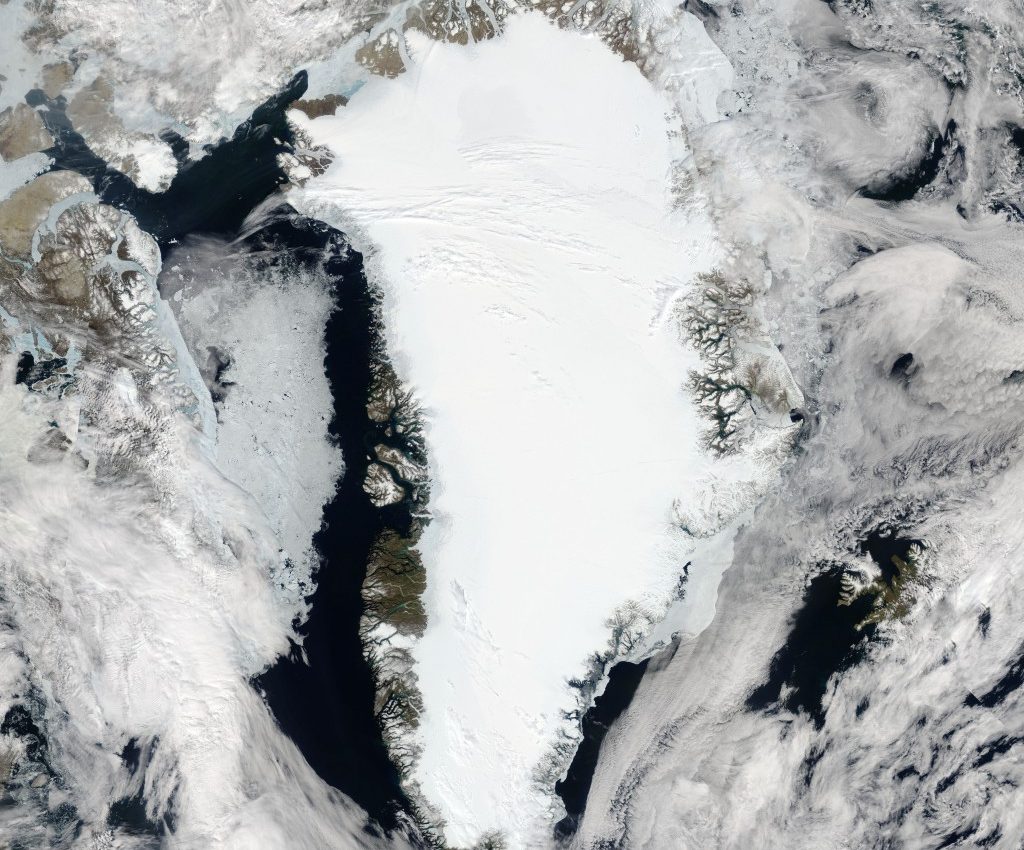 Snow and ice recede from the western side of southern Greenland in this true-color Moderate Resolution Imaging Spectroradiometer (MODIS) image, acquired by the Aqua satellite on August 7, 2004. As summer settles over the Northern Hemisphere, increased temperatures bring a brief growing season to even remote landscapes. But despite the warmer conditions, Greenland’s ice sheet continues to dominate the interior of the huge island.
In the higher resolutions of this image, icebergs and chunks of sea ice salt the deep blue waters of the Northern Atlantic, especially in the waters off the island’s western coast. In the fjords, melting ice and snow carry sediments with them, which turn the water shades of tan, green, and turquoise. On the eastern face of Greenland, sea ice gathers like foam along the edge of the island. Greenland (Greenlandic: Kalaallit Nunaat, pronounced; Danish: Grønland, is the world’s largest island,located between the Arctic and Atlantic oceans, east of the Canadian Arctic Archipelago. It is an autonomous territory. Also Southern Greenland is covered in lush ice and snow.

Three-quarters of Greenland is covered by the only permanent ice sheet outside Antarctica. With a population of about 56,480 (2013), it is the least densely populated territory in the world. About a third of the population live in Nuuk, the capital and largest city. The Arctic Umiaq Line ferry acts as a lifeline for western Greenland, connecting the various cities and settlements.