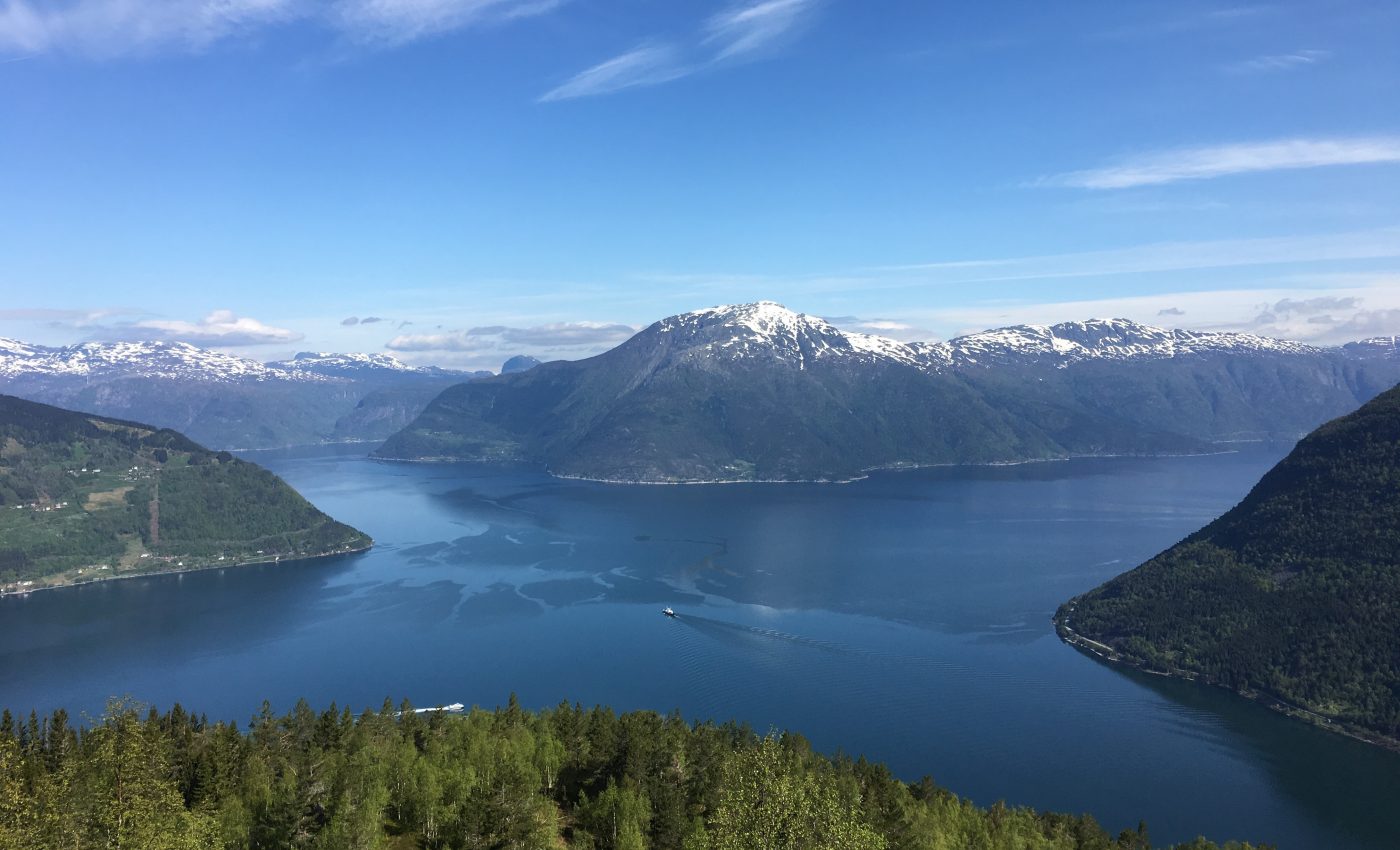 The renowned fjords of Southern Norway dominate this image acquired on October 17, 2005. Norway is bounded by the Atlantic Ocean to the West and Sweden to the East; it also shares borders with The Russian Federation and Finland in the North. Norway has a very long coastline, measuring well over 83,000 kilometers.

Fjords are caused by glaciation; the advance of glaciers carved out trough-like furrows in the underlying rock. After the glaciers retreated due to (natural) increases in global temperature, the rising sea inundated the channels, producing the present-day fjords. Often, the glaciers carried materials with them, such as boulder-sized rocks, that were deposited at the mouth of the fjords.

The result is excellent natural harbors, a condition that has been exploited to great effect by Norway’s fishing and shipbuilding industries. In the last decade, oil exploration teams surveying the coast have discovered that coral reefs near the fjords. Also much more extensive than previously thought. According to the (Norwegian) Institute of Marine Research, cold-water reefs in Norway are under pressure from deep-sea trawlers, which can cause breakage and increase the amount of (harmful) sediment suspended in the water column.