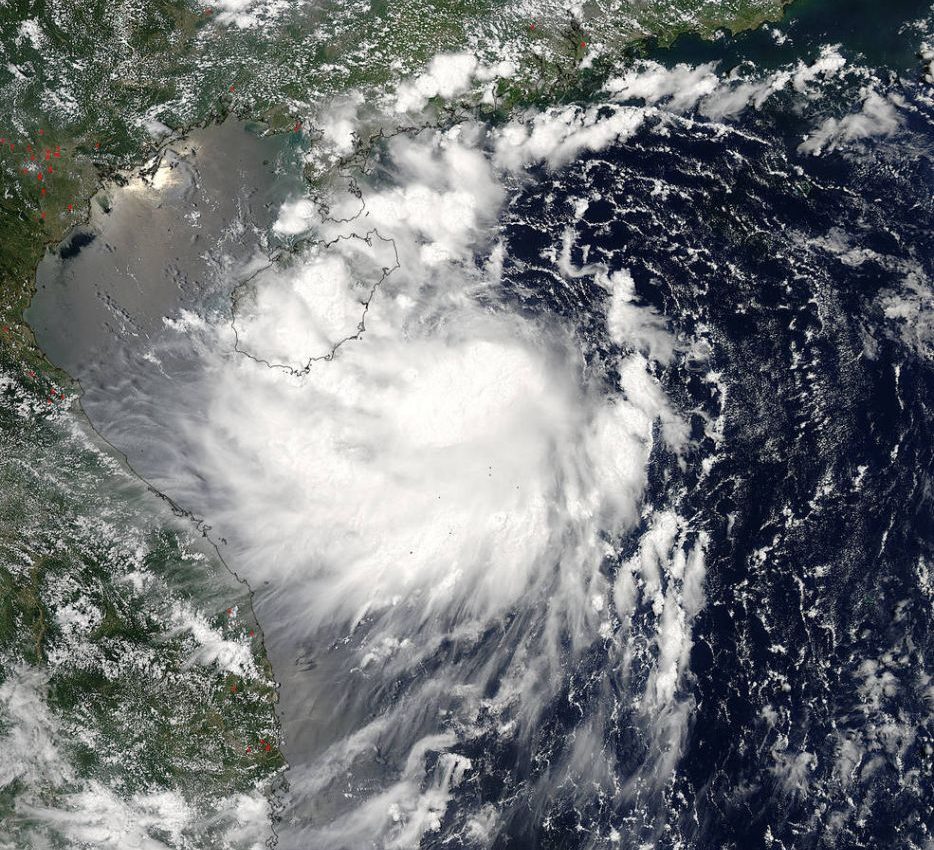 Typhoon Kai-Tak approaching Vietnam when this image was captured on October 30, 2005. The storm had maximum sustained winds of 74 knots or 85 miles per hour (1 knot = 1.15 mph), making it a Category 1 typhoon. However, it was said to lose strength, weakening to a tropical storm, before making landfall. The storm was moving very slowly at about 5-10 kilometers per hour (3-6 miles per hour) in a Northeasterly direction.

Tens of thousands of persons have already evacuated the coast in anticipation of destructive winds, storm surges, and flooding. After reaching the coast, the storm is expected to dissipate rapidly over the mountains of Vietnam. Typhoons are types of tropical cyclones and refer to those storms that form in the North Pacific.

Tropical cyclones form over the warm waters of the tropics and gain energy in the form of heat; when the storm is cut off from its heat source, it will lose energy very quickly.