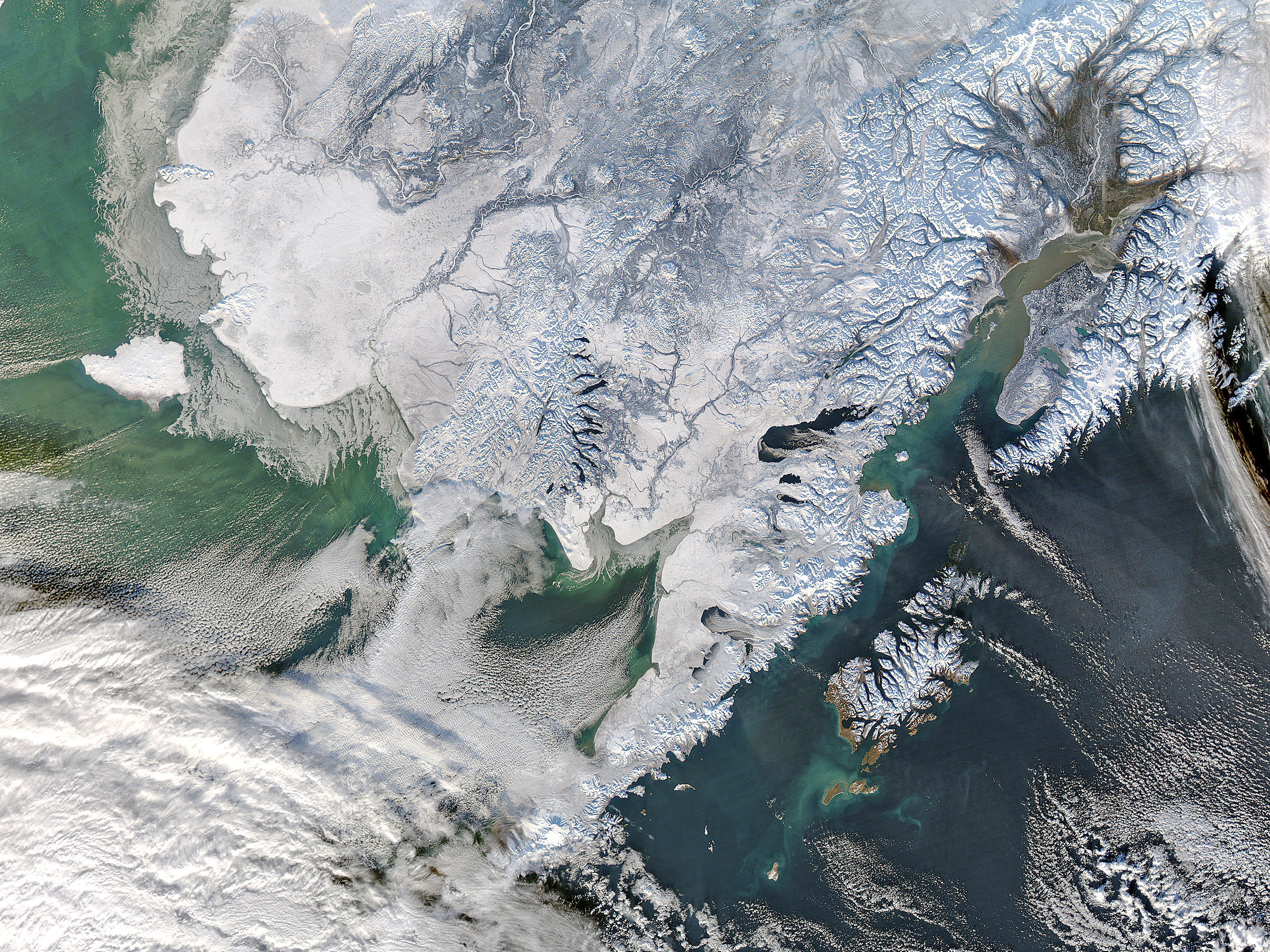 In southwestern Alaska after a warm October, the wintery weather had finally arrived. The Moderate Resolution Imaging Spectroradiometer captured the snowy scene.

Snow and ice covered the land from the coast of the Gulf of Alaska, in the east, to the Bering Sea (west). Thin sheets of sea ice had begun to form along most of the coastline and were particularly noticeable along the Kuskokwim Delta, in the west. In contrast, brown sediment fills the waters of the Cook Inlet. The greenish coloration of the offshore waters gives evidence of blooms of phytoplankton – small plant-like organisms which live in the waters year-round, but reproduce explosively when conditions are favorable.

Proof of the lingering effect of recent warm temperatures can be seen in the image.  You can see this in the lakes and rivers. With the large, winding Yukon River is frozen over and appears white, the more southerly rivers remain unfrozen, appearing blue or if sediment-laden, tan in color. The lakes of Woods-Tikchik State Park remain unfrozen as does the large Iliamna Lake on the north end of the Alaskan Peninsula.

According to the National Weather Service, it was finally “beginning to feel a lot like winter.”