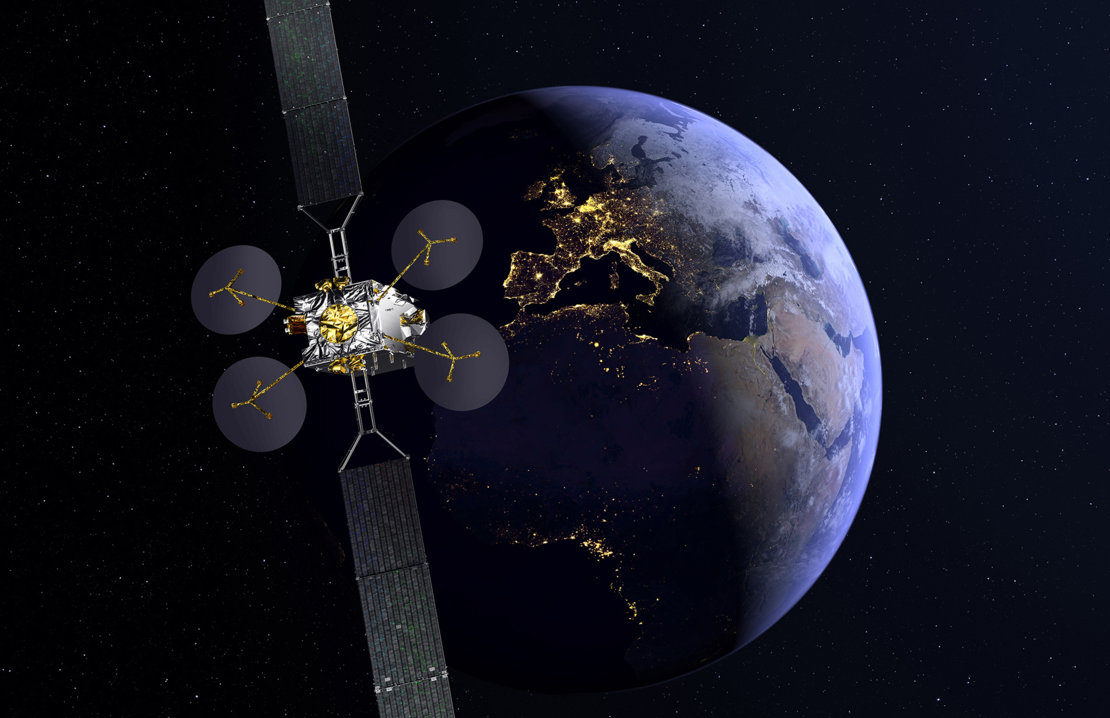 This particular module will be used to move the Konnect satellite into its geostationary orbit, where it will deliver high-speed broadband across Europe and Africa.

SpacebusTM is a satellite bus produced at the Cannes Mandelieu Space Center in France by Thales Alenia Space. Spacebuses are typically used for geostationary communications satellites, and seventy-four have been launched since development started in the 1980s. Spacebus was originally produced by Aérospatiale and later passed to Alcatel Alenia Space. In 2006, it was sold to Thales Group as Thales Alenia Space.

The first Spacebus satellite, Arabsat-1A, was launched in 1985. Since then, seventy-four have been launched, with one more completed, and six outstanding orders. The launch of the 50th Spacebus satellite, Star One C1, occurred in November 2007. It was a Spacebus 3000B3, launched by an Ariane 5 rocket flying from the Guiana Space Centre in Kourou, French Guiana.

Several variants have been built: the early Spacebus 100 and Spacebus 300; followed by the Spacebus 2000, optimised for launch on the Ariane 4 carrier rocket; and the subsequent modular Spacebus 3000 and 4000 series, designed for use with the Ariane 5 rocket. Spacebus Neo will transport Konnect satellite shown on image above shows that beautiful color.