An unprecedented view of the Sun 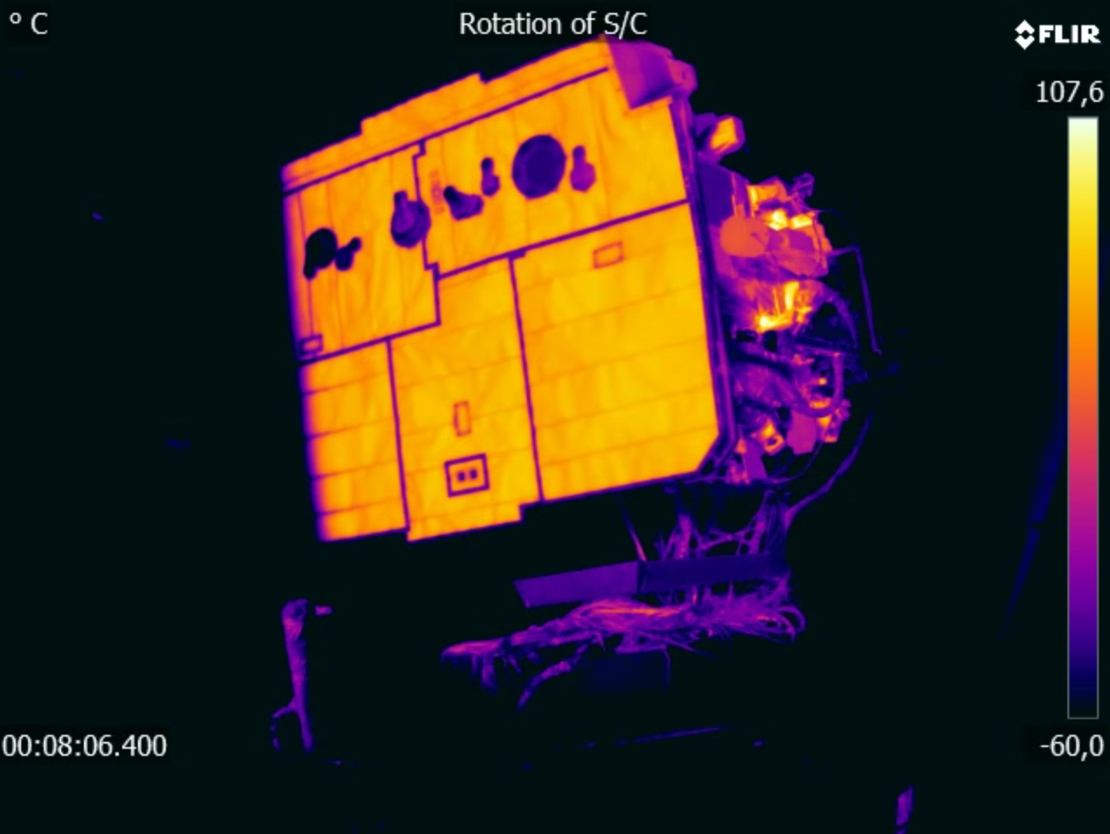 An unprecedented view of the Sun Today’s Image of the Day from the European Space Agency features an infrared view of the Solar Orbiter spacecraft, which is scheduled to launch in February of 2020.

The Solar Orbiter was designed to observe the Sun and solar wind at a closer range than ever before possible, and is currently being tested at the IABG facility in Ottobrunn, Germany.

The spacecraft panel that will face the Sun is visible on the left of this image covered with a heat shield. In the upper part of the panel, sliding doors will open and allow sunlight to reach remote-sensing instruments during the mission. The Sun is a tabloid newspaper published in the United Kingdom and the Republic of Ireland. As a broadsheet, it was founded in 1964 as a successor to the Daily Herald, and became a tabloid in 1969 after it was purchased by its current owner. It is published by the News Group Newspapers division of News UK, itself a wholly owned subsidiary of Rupert Murdoch’s News Corp. Since The Sun on Sunday was launched in February 2012, the paper has been a seven-day operation. The Sun previously had the largest circulation of any daily newspaper in the United Kingdom,but it was overtaken by rival Metro in March 2018