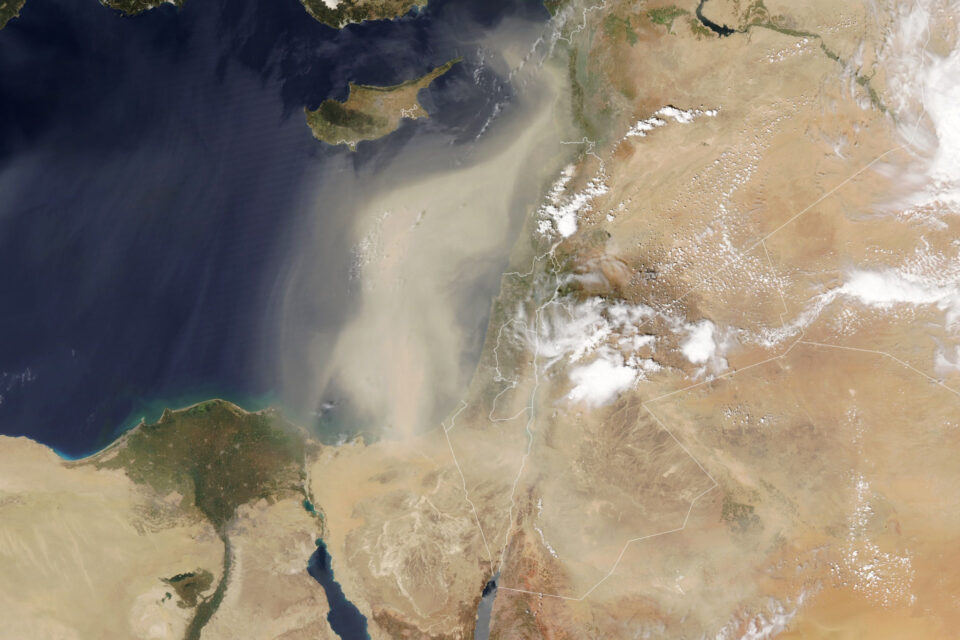 Today’s Image of the Day from NASA Earth Observatory features a spring dust storm over the Middle East in late April 2022. The photo shows dust moving over the eastern Mediterranean Sea.

According to NASA, the dust storm was triggered by thunderstorms that also brought hail and flash floods.

The storm emerged after a weather system known as a Red Sea low carried in a hot air mass from the Arabian Peninsula. This led to the atmospheric instability that triggers thunderstorms and dust storms.

“According to a World Bank report on sand and dust storms, land-use changes in the past few decades have increased the number of dust sources in the Middle East, although most are still largely natural sources like deserts and dry river beds.”

The image was captured on April 24 by the Moderate Resolution Imaging Spectroradiometer (MODIS) on NASA’s Aqua satellite.