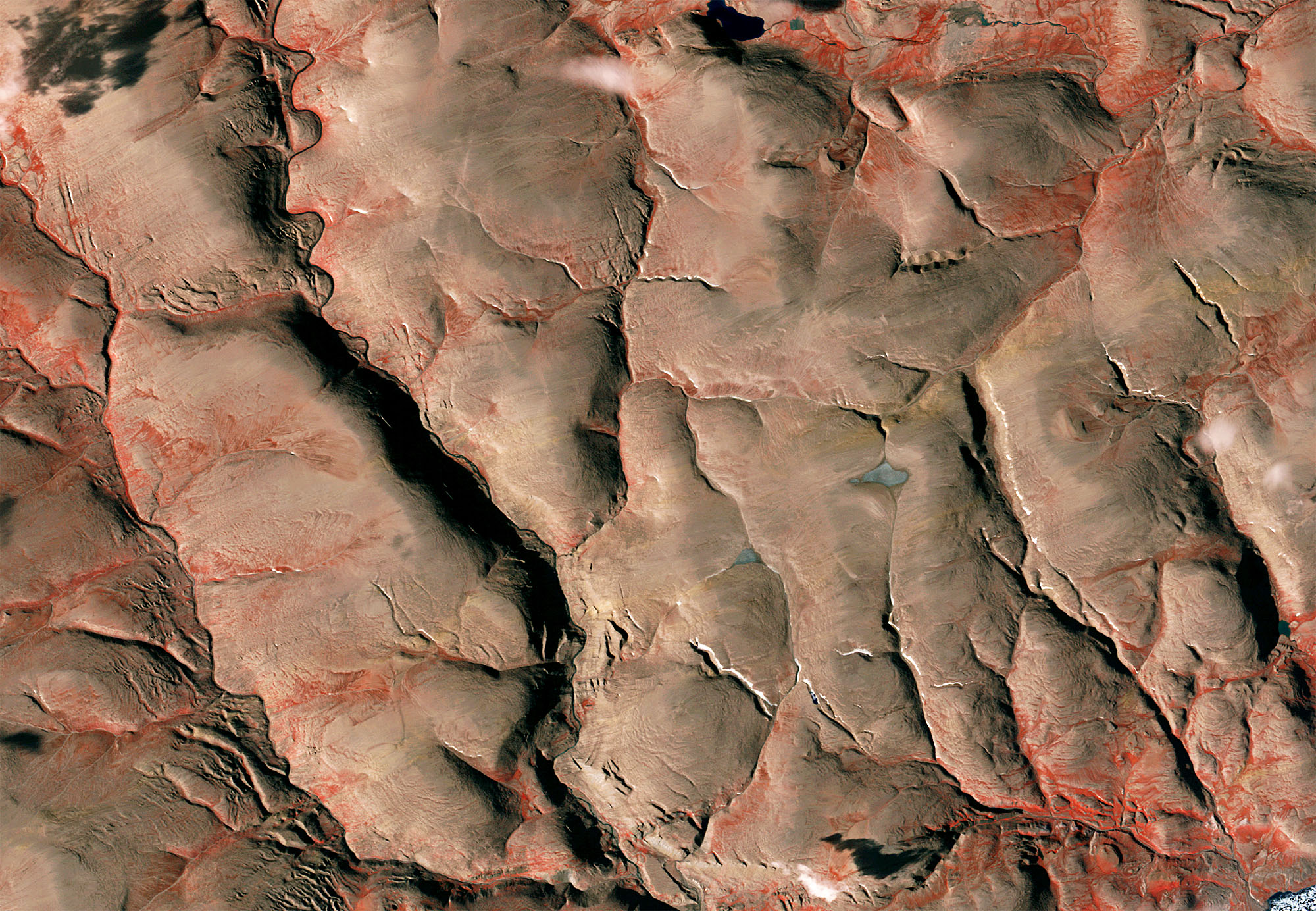 St. Patrick Bay Ice Caps Nearly Fully Melted. The dome-shaped glaciers, or ice caps, on Canada’s Hazen Plateau started to form about five thousand years ago. After several periods of growth and retreat over the millennia, these ice caps have become fragile and could disappear completely within a few decades.

Two of these ice caps are located north of St. Patrick Bay, on Ellesmere Island in Nunavut, Canada, about 65 kilometers (40 miles) south of Alert. These images of the St. Patrick Bay ice caps — standing amidst the darker tundra were acquired with the Advanced Spaceborne Thermal Emission and Reflection Radiometer (ASTER) on NASA’s Terra satellite. The top image shows their extent on July 12, 2004; the second image is from August 4, 2015. Turn on the image comparison tool to see the retreat.

In 1959, aerial and ground-based surveyors estimated the size of the larger ice cap at 7.5 square kilometers (3 square miles). The extent of both caps from that year is marked with a yellow line. The two ASTER images show significant shrinking in just a decade, and by 2015, the larger ice cap had shrunk to just 7 percent of its 1959 area; the smaller cap stood at just 6 percent.

Mark Serreze, director of the National Snow & Ice Data Center (NSIDC), described his time spent studying the ice caps in the early 1980s. “While I’ve been to a lot of interesting places since 1983, a day has rarely gone by that I haven’t thought about my early adventures on the St. Patrick Bay ice caps,” he said in an NSIDC story. “To think that they are likely to die before I do blows my mind.”