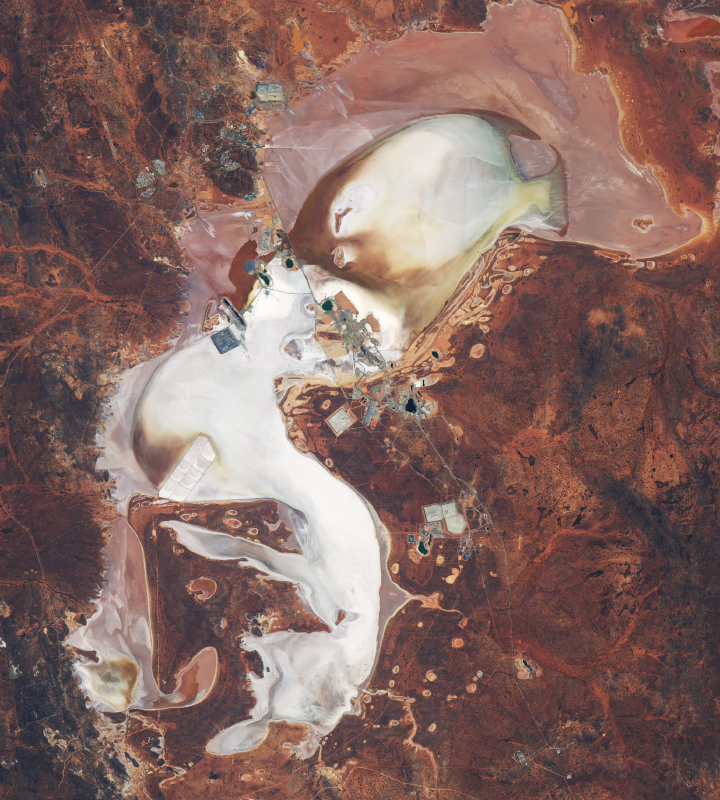 According to NASA, large volumes of water do not persist for long in Lake Lefroy because the region’s hot, dry climate promotes evaporation.

When this photo was taken, the large salt lake appears to be discolored by sediments from the region’s red soils. This discoloration may also be attributed to light reflecting off the rust-colored lake bed or to bacterial activity.

The image was captured on February 9, 2021 by the Operational Land Imager (OLI) on Landsat 8.Western Australia (abbreviated as WA) is a state occupying the western 32.9 percent of the land area of Australia excluding external territories. It is bounded by the Indian Ocean to the north and west, and the Southern Ocean to the south, the Northern Territory to the north-east, and South Australia to the south-east. Western Australia is Australia’s largest state, with a total land area of 2,527,013 square kilometres (975,685 sq mi),and the second-largest country subdivision in the world, surpassed only by Russia‘s Sakha Republic. As of 2017, the state has about 2.6 million inhabitants – around 11 percent of the national total – of whom the vast majority (92 percent) live in the south-west corner; 79 percent of the population lives in the Perth area, leaving the remainder of the state sparsely populated.