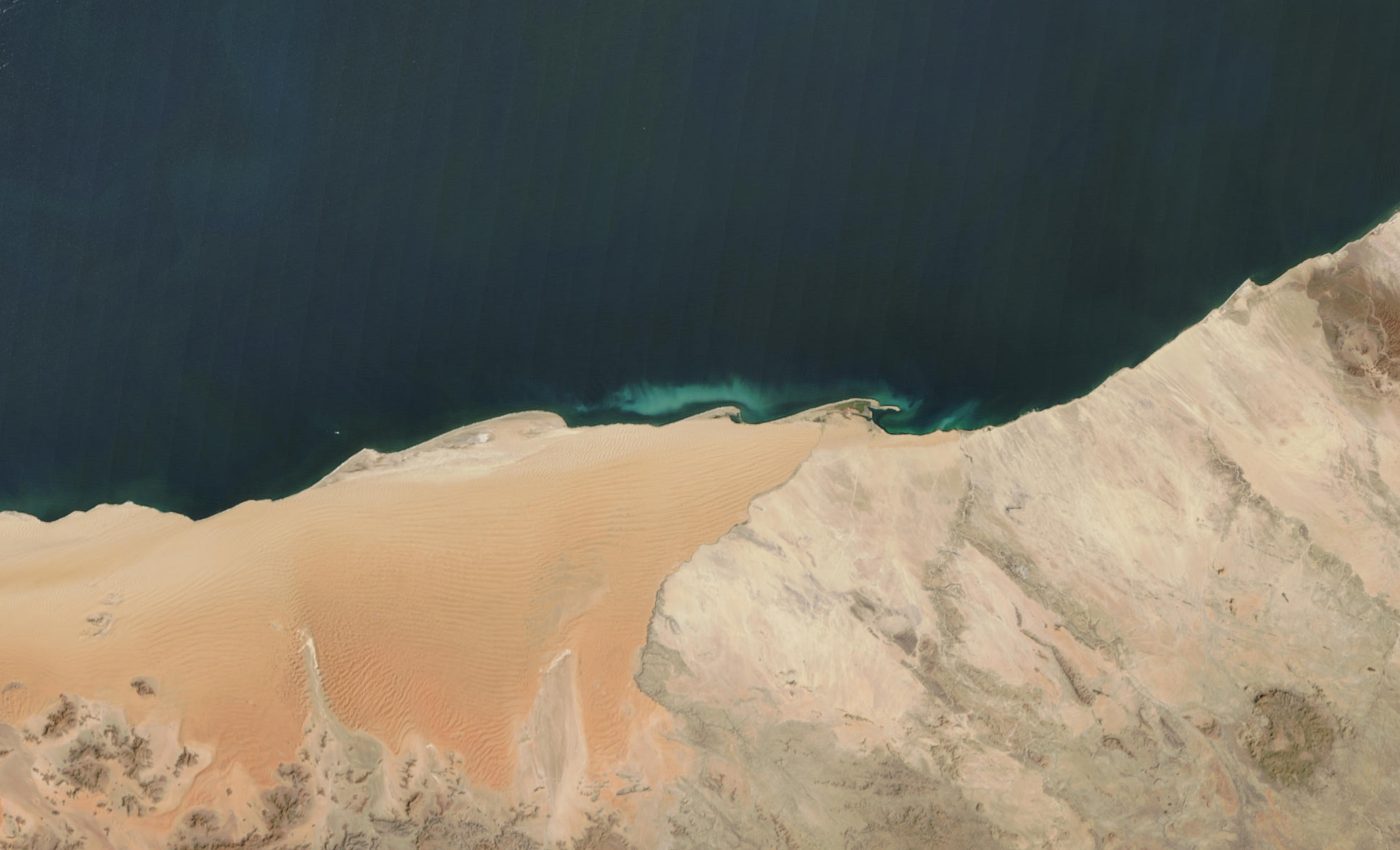 In late June 2003, Sulfur Plume off Namibia. Also the Moderate Resolution Imaging Spectroradiometer (MODIS) on the Terra and Aqua satellites captured a series of images that tracked the development of a sulfur upwelling event in the Atlantic Ocean off the coast of Namibia in South Africa. The yellowish clouds of sulfur come from hydrogen sulfide gas produced by anaerobic bacteria (bacteria that can live without oxygen) at the ocean floor. As the gas wells up to the surface, it reacts with oxygen in the upper layers of the ocean and produces pure sulfur.

The yellowish sulfur and the blue water combine to make green swirls in the waters off the Namib Desert coast. Streamers of dust hang over the ocean in several of the images. In the final image of the series, on July 13, dust plumes drift southwestward from the arid terrain north of the Namib Desert (light orange terrain at bottom center of image. The swirls seen in the ocean water may be phytoplankton blooms, rather than sulfur eruptions.

In 1878, the Cape of Good Hope, then a British colony, annexed the port of Walvis Bay and the offshore Penguin Islands; these became an integral part of the new Union of South Africa at its creation in 1910. In 1884 the German Empire established rule over most of the territory, forming a colony known as German South West Africa. It developed farming and infrastructure. Between 1904 and 1908 it perpetrated a genocide against the Herero and Nama people. German rule ended in 1915 with a defeat by South African forces.