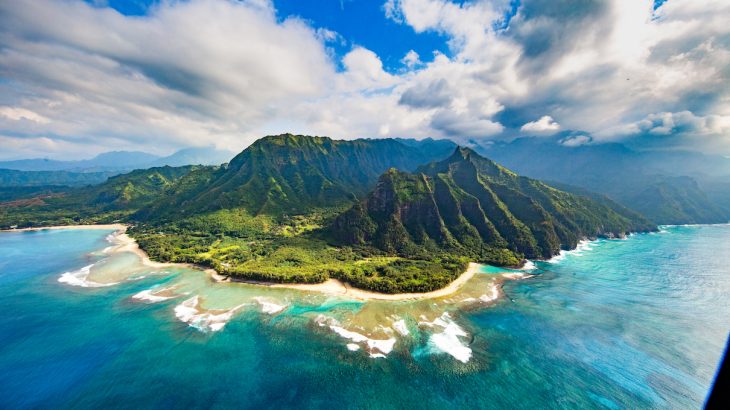 Hawaii and South Africa lead the world in global extinctions

South Africa is of course known for its variety of iconic animals from penguins and great white sharks to elephants and lions. The country is also ranked as number six in the world’s 17 mega diverse countries.

Additionally, South Africa is home to the largest population of rhinoceros in Africa. South Africa’s animals are often targeted for poaching as well, and rhinos, elephants and other animals are valuable for their body parts sold on the international black market. This is what has long made Africa one of the frontlines of the battle for biological conservation.

The plant loss in South Africa goes as far back as the 1700s when the first recorded loss of a plant species occurred. The plant was a species of fountainbush (Psoralea cataracta) that lived near streams. Plant extinctions in South Africa have also occurred as recently as 2012 when a rare species of vygie went extinct due to urbanization and human development. It’s sometimes more challenging to determine the extinction of a plant species than it is with the more charismatic animals.

As many as 431 plant species have been declared extinct, only to be later rediscovered. Plants, small, nondescript, many of which require a specialist to identify are easier to overlook than many animals. Plants can also hide out as seeds or very small immature specimens that can be missed. Some of the plants now declared extinct could potentially be rediscovered, but the plant extinction rates are still something to take very seriously, not just in South Africa but across the world as well.

Islands are some of the most likely places to find confirmed plant extinctions. It’s easier to be sure that a plant has been wiped out from a limited area such as an island, and it’s also easier for a plant in such an area to be threatened.

Hawaii was the one place surveyed in the study that had a higher number of plant extinctions than South Africa. Hawaii is home to 1,400 vascular plant taxa, 90% of which are found only in Hawaii. More than 100 plant taxa have already gone extinct there.

Hawaii has also lost its share of animal species and more may die off in the near future. The Washington Post reports that of the 1,225 endangered species listed by the US Fish & Wildlife Service, 481 of them are from Hawaii.

The island state contains 44% of all endangered and threatened plant species in the US. Invasive threats like non-native avian malaria and fire ants have devastated many native species. Unfortunately, often the loss of one species in an area can lead to the loss of more. Even extinctions that don’t lead to a cascade effect are often indicative of an underlying problem that may cause more extinctions. The high rate of plant extinctions in particular doesn’t bode well for animals.

Plants are of course support almost all life on Earth. By synthesizing their own food from the sun and soil nutrients, plants are the basis of food webs. Plants are also vital in creating oxygen and are used for habitat by numerous species. Birds make nests in trees, caterpillars weave cocoons on particular plants, tigers stalk through grass, even humans build houses from trees or bamboo. Plants are used as tools by primates and birds. Sea grasses are both hiding spots and food sources. Cavities made into saguaro cactus turn into places to hide from the desert sun. Habitats are made cooler and wetter by the presence of plants, which sometimes even partially create the climate of a region. The importance of plants makes it unsurprising that high plant extinctions lead to high animal extinctions.

The United Nations reported earlier this year that extinction rates are at an unprecedented high. According to the UN, as many as 1 million species are threatened with extinction. The report called for ‘transformative change’ in human society from local to national and international levels to stop the disintegration of global ecosystems. The average abundance of native species in continental habitats has dropped by 20% the world over, and even the native species not threatened with extinction are less common.

The loss of diversity driven by humans has the potential to hurt us as well. Not only wild species have gone extinct. More than 9% of mammal breeds used in agriculture had gone extinct by 2016. Combined with a loss of natural environments, this puts humanity’s food supply in a precarious position. The loss of wild plants can lead to the loss of pollinators and indeed the loss of domestic crops. If humanity is to save itself as well as the beautiful forms it shares Earth with, the time is now.