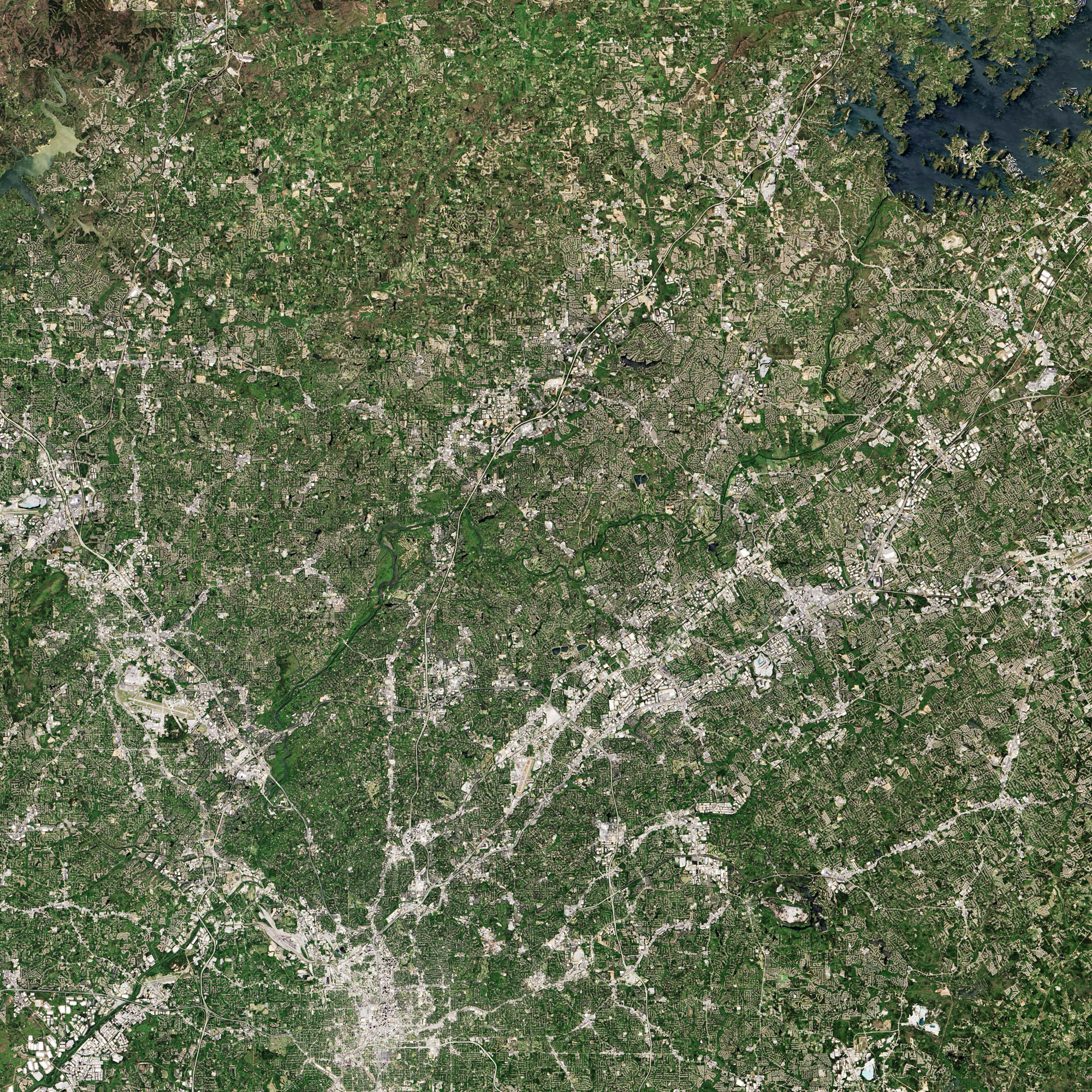 From its origin in the Blue Ridge Mountains, the Chattahoochee River runs through the state of Georgia and forms the southern half of the Alabama and Georgia border, as well as a portion of the Florida border.

At more than 430 miles (nearly 700 kilometers) long, the river flows through 13 dams and three lock-and-dam facilities. 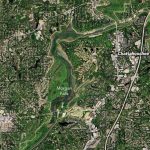 In 1978, President Jimmy Carter signed the National Parks and Recreation Act, which set the stage for the Chattahoochee River National Recreation Area. In 2012, Secretary of the Interior Ken Salazar established a National Water Trail System to promote the conservation of waterways and create more opportunities for recreation.

The Chattahoochee River National Water Trail became the first of its designated trails.

The Operational Land Imager (OLI) on Landsat 8 captured a natural-color image of the Chattahoochee on April 9, 2016. Yellow outlines on both the wide view and closeup show the boundaries of the recreation area.

The river supplies metropolitan Atlanta with water for drinking and wastewater removal. It also powers 16 of the Chattahoochee basin’s 22 power-generating plants, according to the Georgia River Network.

Today, the Chattahoochee faces several environmental problems. Development is outpacing the construction of wastewater treatment systems, according to the National Park Service (NPS). The area struggles with sewage spills and influx of pollutants that wash over impervious surfaces (like roads and parking lots) and flow into the river.

Another problem is thermal pollution—hotter water pouring over urban surfaces and into the river—which could threaten fragile fish populations. The Chattahoochee is among the U.S.’s southernmost trout rivers, according to the NPS.