The city and port of Palma, Mallorca • Earth.com 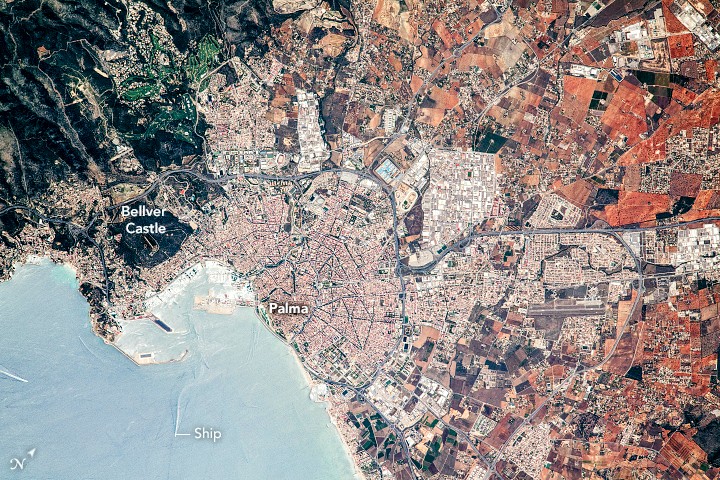 Today’s Image of the Day from NASA Earth Observatory features the city and port of Palma, the capital city of the Balearic Islands off eastern Spain. Palma is situated on the largest island of Mallorca, east of the Iberian Peninsula in the Mediterranean Sea.

According to NASA, Palma has a rich history that has been influenced by several civilizations, including the Roman Empire, the Byzantine Empire, and the Moors, before becoming a province of Spain.

The image was captured by an astronaut on the International Space Station (ISS).