The Dixie fire in Northern California 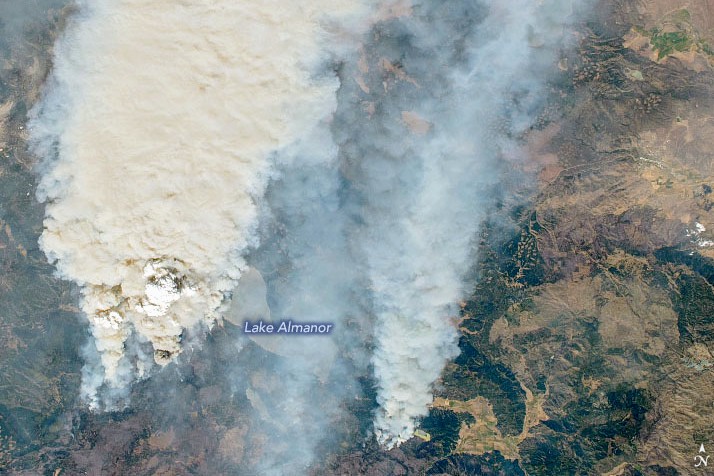 An astronaut on the International Space Station captured this photo of thick smoke rising from the Dixie fire on August 4. On this day, wind gusts of up to 40 miles per hour fueled the advancement of the fire across dry vegetation. A raging wildfire in northern California is now the second-largest recorded in state history, officials said on Sunday, growing to more than 463,000 acres. This report produced by Chris Dignam. Thick smoke that held down winds and temperatures began to clear Sunday from the scenic forestlands of Northern California as firefighters battling the largest single wildfire in state history braced for a return of fire-friendly weather. A 3-week-old wildfire engulfed a tiny Northern California mountain town, leveling most of its historic downtown and leaving blocks of homes in ashes, while a new wind-whipped blaze also destroyed homes as crews braced for another explosive run of flames Thursday in the midst of dangerous weather.