The extreme landscape of Death Valley 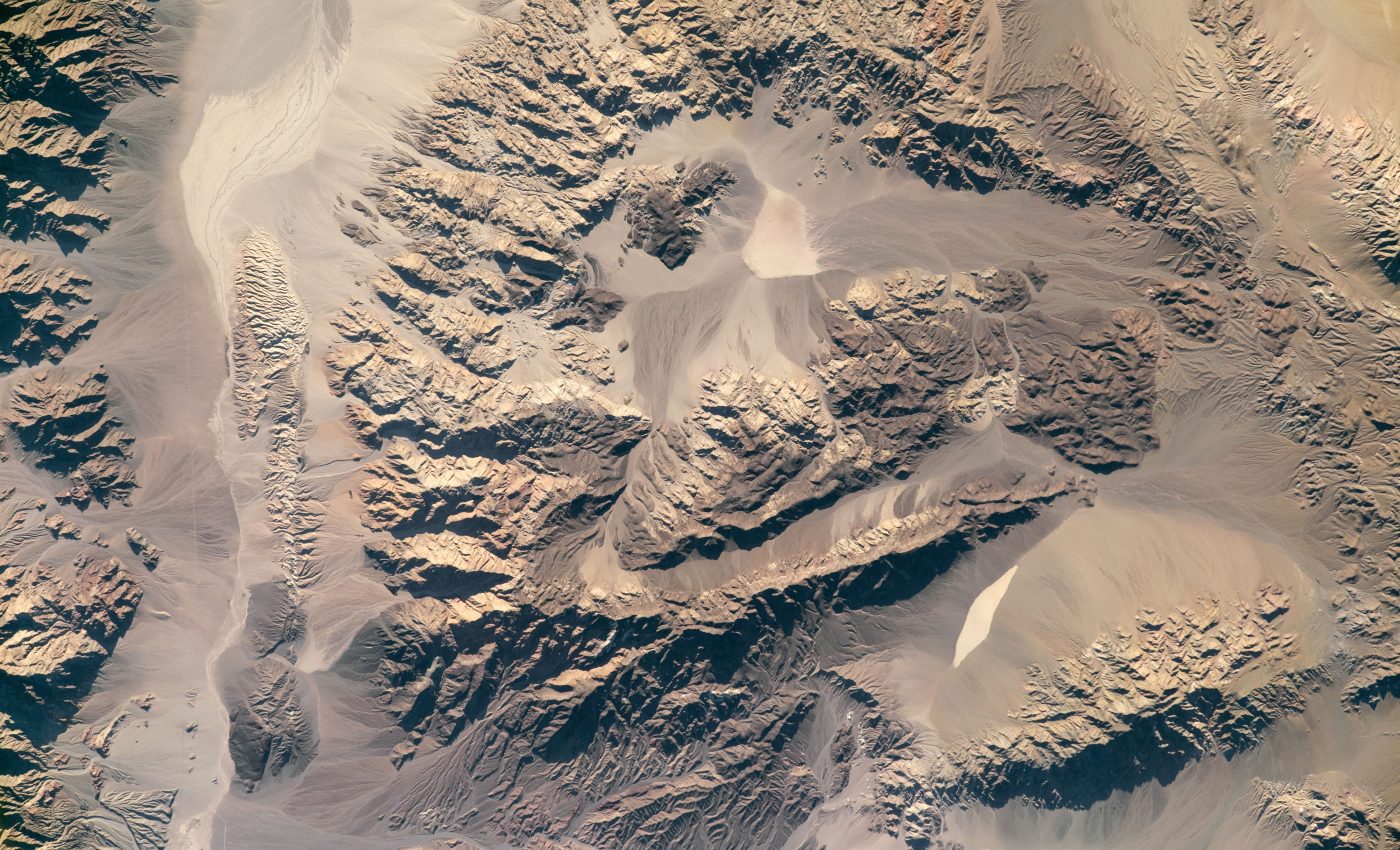 Death Valley is famous for being one of the driest and hottest places on Earth, but rain does occasionally fall here. When it rains, sediment is carried from the mountains and deposited as alluvial fans in the valley. Dry lakes can form before the water evaporates.

In this image, which was captured by an astronaut onboard the International Space Station, shadows highlight the sharp angles and slot canyons of the Owlshead Mountains.

Death Valley is a desert valley in Eastern California, in the northern Mojave Desert, bordering the Great Basin Desert. It is one of the hottest places on Earth, along with deserts in the Middle East and the Sahara.[3]

Death Valley’s Badwater Basin is the point of lowest elevation in North America, at 282 feet (86 m) below sea level.It is 84.6 miles (136.2 km) east-southeast of Mount Whitney, the highest point in the contiguous United States, with an elevation of 14,505 feet (4,421 m). On the afternoon of July 10, 1913, the United States Weather Bureau recorded a high temperature of 134 °F (56.7 °C) at Furnace Creek in Death Valley, which stands as the highest ambient air temperature ever recorded at the surface of the Earth. This reading, however, and several others taken in that period, a century ago, are in dispute by some modern experts.

Lying mostly in Inyo County, California, near the border of California and Nevada, in the Great Basin, east of the Sierra Nevada mountains, Death Valley constitutes much of Death Valley National Park and is the principal feature of the Mojave and Colorado Deserts Biosphere Reserve. It runs from north to south between the Amargosa Range on the east and the Panamint Range on the west; the Grapevine Mountains and the Owlshead Mountains form its northern and southern boundaries, respectively.It h as an area of about 3,000 sq mi (7,800 km2).The highest point in Death Valley National Park is Telescope Peak, in the Panamint Range, which has an elevation of 11,043 feet (3,366 m)