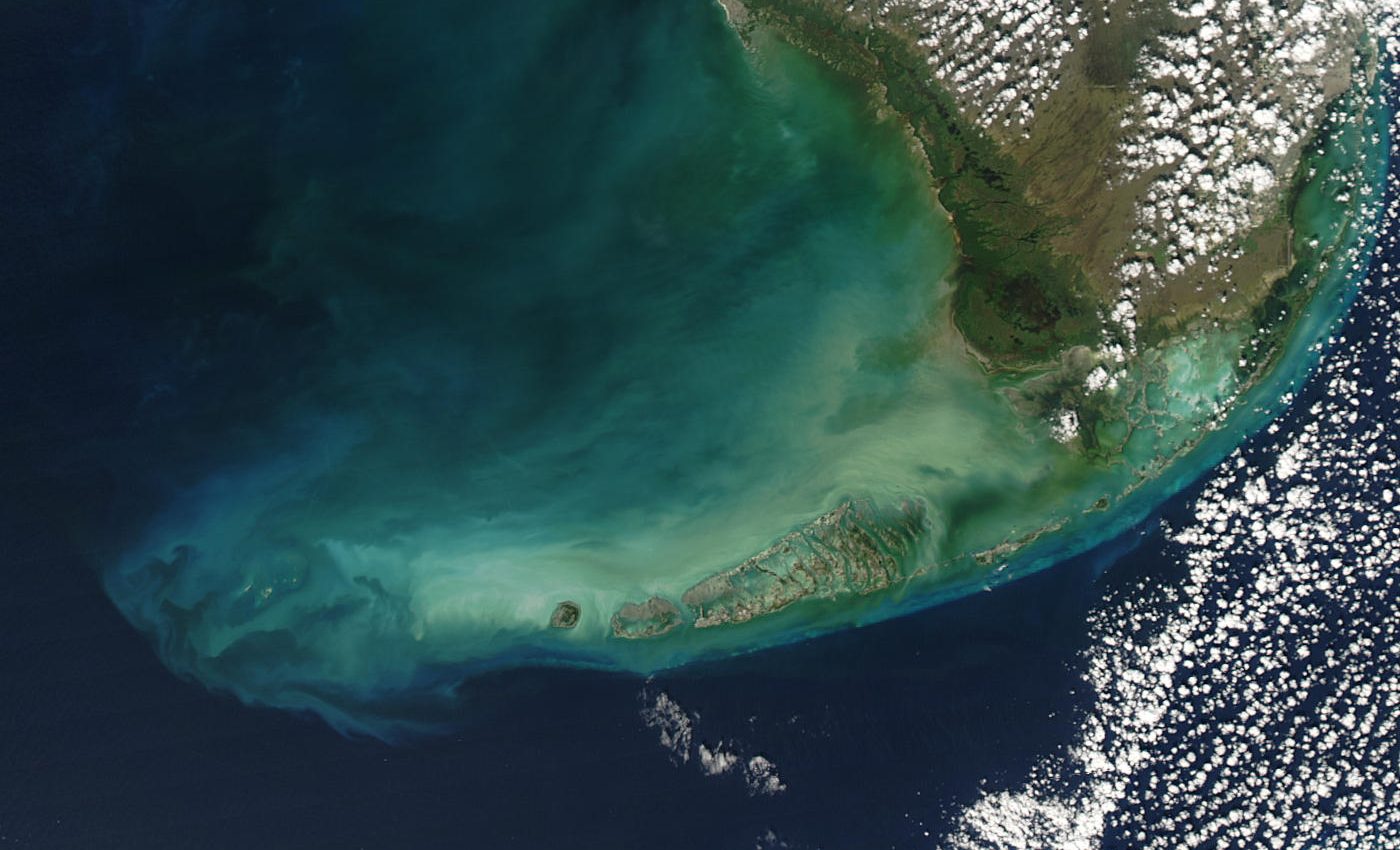 Turbid waters surround southern Florida and the Florida Keys in this true-color Moderate Resolution Imaging Spectroradiometer (MODIS) image taken by the Aqua satellite on December 2, 2003. Clouds of milky blue, green, and tan sediments and microscopic marine organisms (like phytoplankton and algae) discolor the water in the Gulf of Mexico north of the Keys, but end abruptly in the deeper water of the Straits of Florida. The water north of the Keys is relatively shallow, so sediments are a likely cause of the discoloration—rough waters can churn up the mud from the sea floor, which then clouds the water. But in the deeper water south of the Keys, sediment on the sea floor is much harder to disturb, which keeps the water clearer.

The Keys are a collection of islands, islets, and reefs stretching from Virginia Key to the Dry Tortugas, a distance of about 309 kilometers (192 miles). They’re made mostly of limestone and coral, and are known for their variety of wildlife, subtropical vegetation, and spectacular diving. Most of the islands are connected to the mainland via the Overseas Highway, making this a popular and easily-accessible destination.

However, popularity can be a double-edged sword. On the one hand, tourism is one of the economic mainstays of the region, and helps increase public awareness of how fragile this ecosystem is. But on the other hand, those same tourists and their activities can hurt the ecosystem by introducing pollutants and causing physical damage to fragile reefs.