Korea • Earth.com Korea the korean hangs down from china 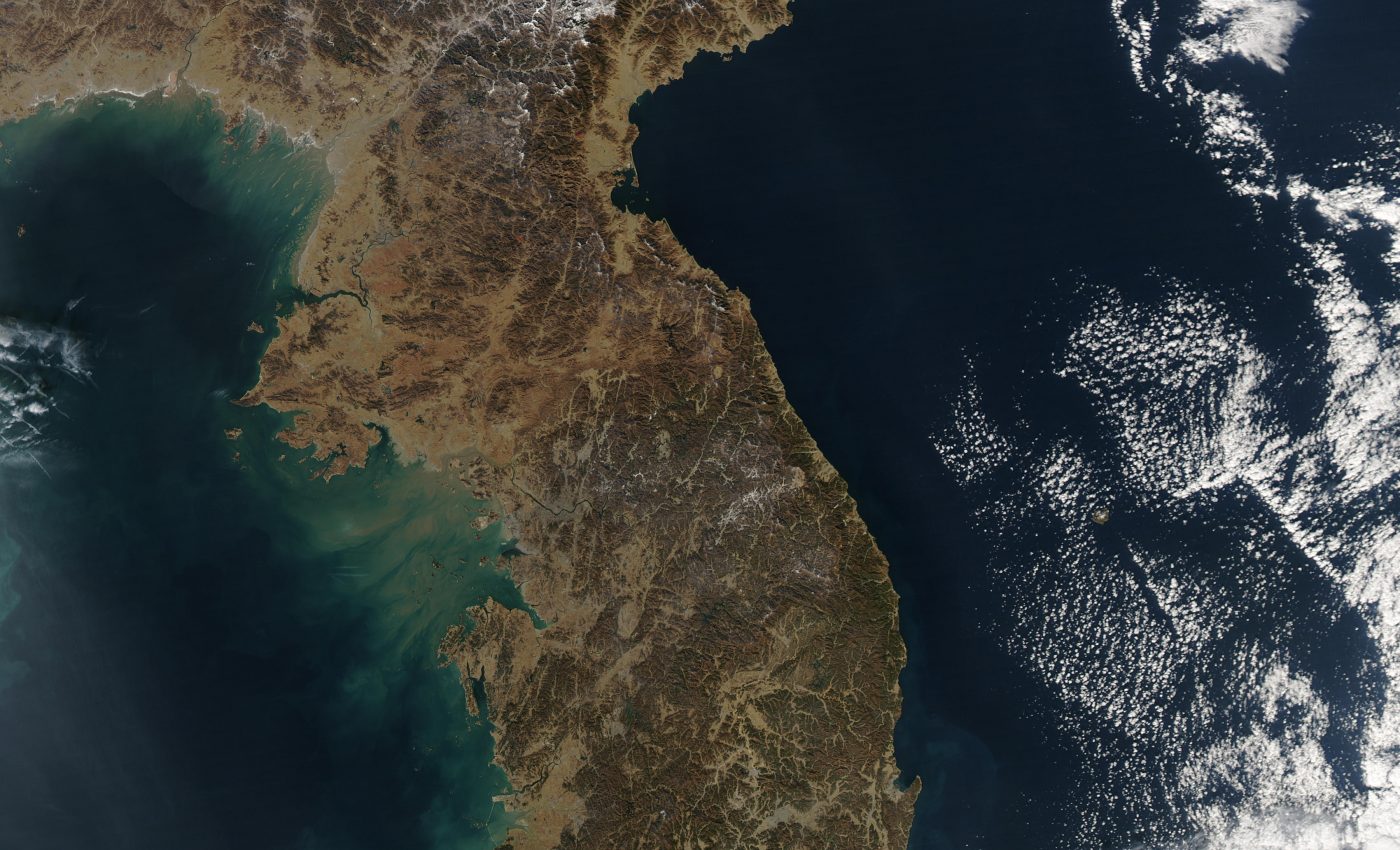 The Korean Peninsula hangs down from northeastern China, dividing the murkier waters of Korea Bay (upper left) and the Yellow Sea (lower left) from the clearer, deeper waters of the Sea of Japan. Because the geography of the peninsula is so mountainous, growing crops is an important and challenging endeavor. Over half of the flat lands are planted with rice, and crops like barley, wheat, and bulgur are grown on whatever surfaces that can support them. Since grazing land is almost nonexistent, most animals are used for labor rather than food. Fish, not red meat, is the prevalent source of meat in Korea. The waters around Korea are some of the best fishing waters in the world, supplementing Korean diet as well as forming a major part of the economy.

Two fires burn in the Nanguim Mountains of North Korea (marked in red), south of the snow. Almost directly west of the southernmost fire, North Korea’s capital city of Pyongyang sits on the Taedong River. The city appears as a blueish-grey spot on the plains at the southern edge of a small range of mountains pointing to the north. South Korea occupies the southern edge of the peninsula. While just as mountainous as North Korea, its climate is more temperate, which serves to keep its landscape almost completely snow-free. South Korea’s capital, Seoul, is in the north, on the Namhan River. A thin veil of haze over the city helps identify its location near the western coast.

This true-color Moderate Resolution Imaging Spectroradiometer (MODIS) image was acquired on January 4, 2004 by the Aqua satellite.