The many names of the Brahmaputra River • Earth.com 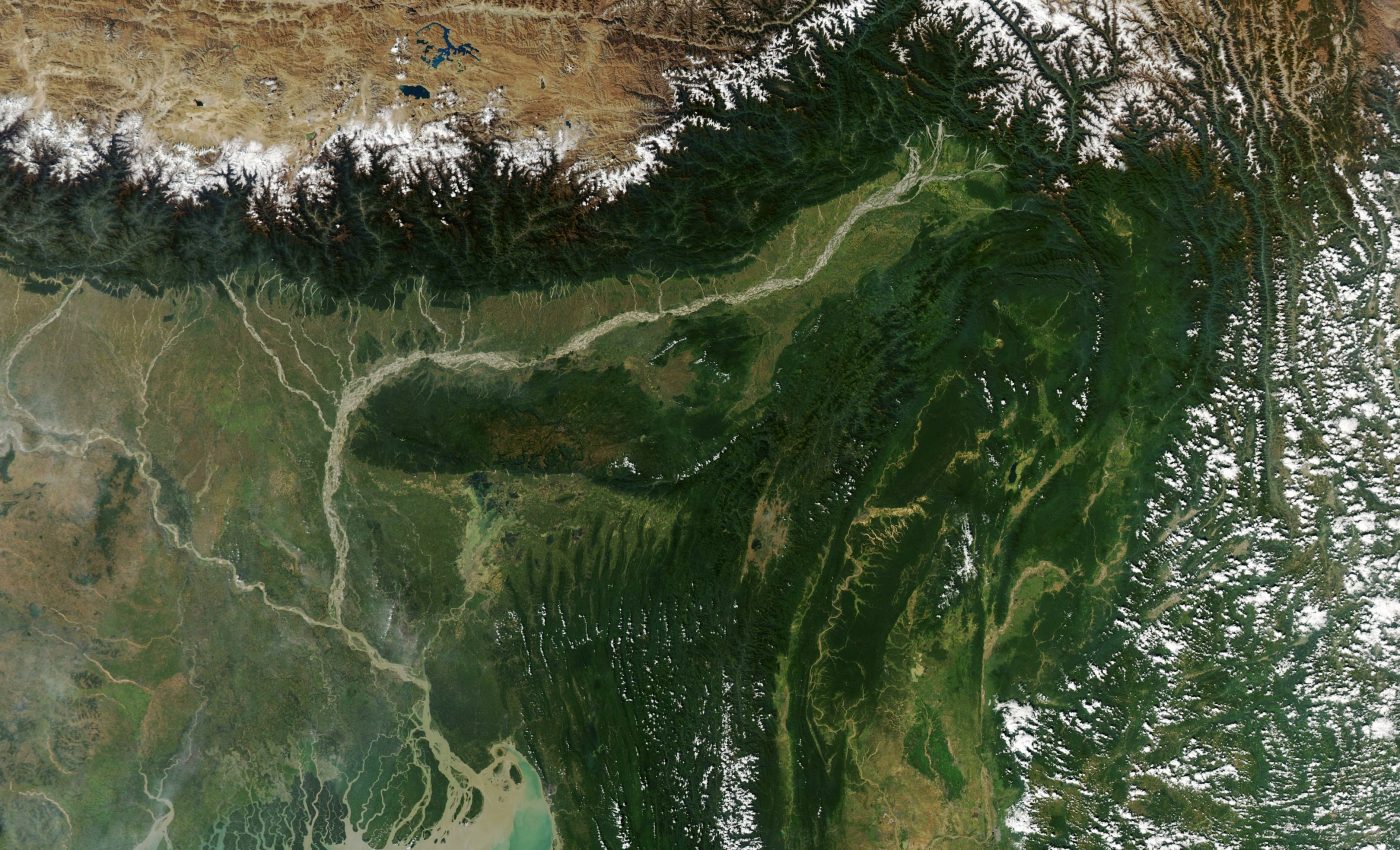 The many names of the Brahmaputra River. Today’s Image of the Day from NASA Earth Observatory features the Brahmaputra, a river that is known by many different names as it flows through Tibet, India, and Bangladesh.

In the region where it winds through narrow gorges in Tibet, the river is known as the Yarlung Tsangpo. Near Namche Barwa, a mountain in the Tibetan Himalaya, it becomes the Siang.

In the Tibetan Himalayan foothills of the northeastern Indian state of Arunachal Pradesh, the river is called the Dihang.

As it widens and flows through Assam, the river is known by the name Brahmaputra, followed by the Jamuna River, the Padma, and finally the Meghna in Bangladesh, just before the water meets the Bay of Bengal.

The image was captured on November 9, 2020 by the Moderate Resolution Imaging Spectroradiometer (MODIS) on NASA’s Aqua satellite. With its origin in the Manasarovar Lake region, near the Mount Kailash, located on the northern side of the Himalayas in Burang County of Tibet as the Yarlung Tsangpo River, it flows along southern Tibet to break through the Himalayas in great gorges (including the Yarlung Tsangpo Grand Canyon) and into Arunachal Pradesh (India).It flows southwest through the Assam Valley as Brahmaputra and south through Bangladesh as the Jamuna (not to be mistaken with Yamuna of India). In the vast Ganges Delta, it merges with the Padma, the popular name of the river Ganges in Bangladesh, and finally, after merging with Padma, it becomes the Meghna and from here, it flows as Meghna river before emptying into the Bay of Bengal