The French island of Maiao stands out in the Pacific Ocean • Earth.com

The French island of Maiao stands out in the Pacific Ocean 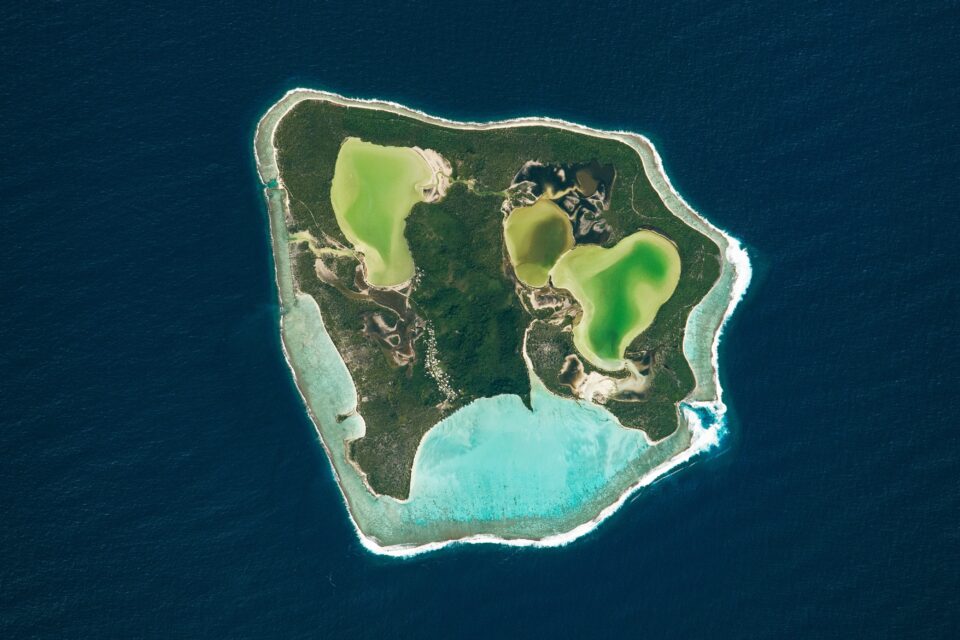 Today’s Image of the Day from NASA Earth Observatory features the small island of Maiao, an overseas territory of France in the Pacific Ocean. The atoll of completely surrounded by a coral reef, which creates a bright blue tidal lagoon along the southern shoreline.

Maiao is located 2,500 miles south of Hawaii in the Society Islands, which also include Tahiti and Bora Bora. The island measures less than 3.6 miles from north to south, yet still grabs the attention of astronauts that fly over in the International Space Station.

The two interior lakes of Maiao, Roto Iti and Roto Rahi, have become hypersaline. As a result, salt-loving organisms thrive in the lakes. These organisms contain pigments that change the color of the water.

Unlike many islands in Polynesia, the people of Maiao decided not to embrace tourism as a major component of their economy, according to NASA. The island can only be reached by a long ferry ride from Tahiti.