The Gaia satellite maps the stars 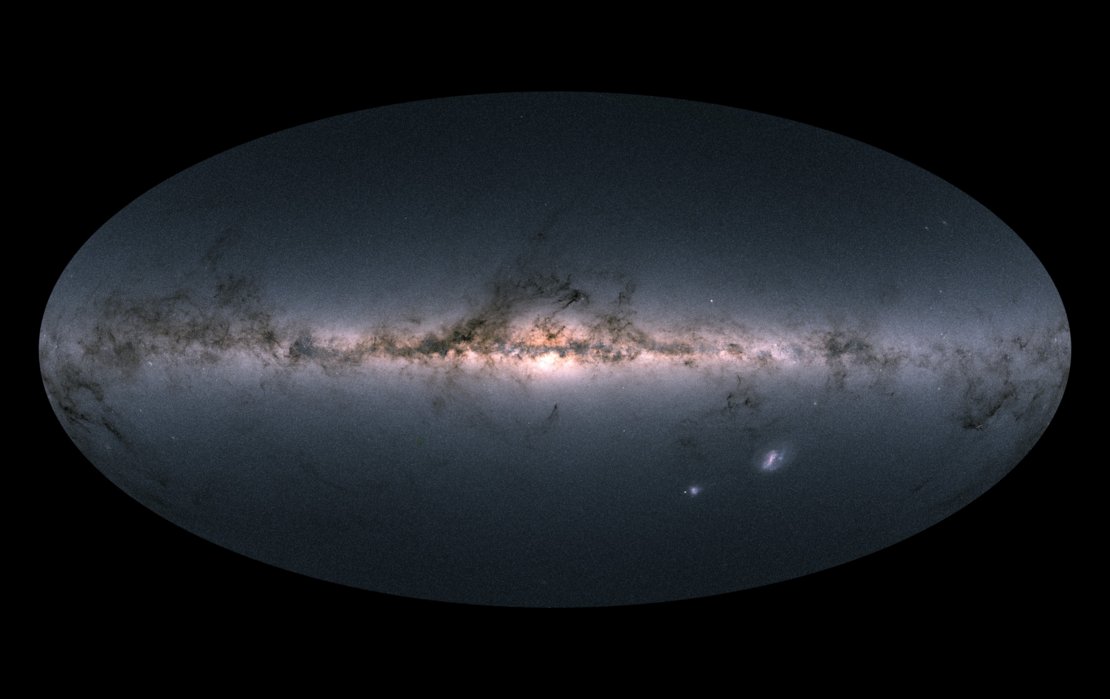 Today’s Image of the Day from the European Space Agency features a view of the Milky Way and its surrounding galaxies from the Gaia satellite.

The map represents the overall brightness and the color of the stars in each region of the sky based on measurements of nearly.1.7 billion stars obtained between July 2014 and May 2016.

The bright horizontal structure is the Galactic plane, which is home to most of the stars in our galaxy.

–The spacecraft will monitor each of its target objects about 70 times over the first five years of the mission to study the precise position and motion of each target, and will keep doing so. The spacecraft has enough micro-propulsion fuel to operate until about November 2024. As its detectors are not degrading as fast as initially expected, the mission could therefore be extended. The Gaia targets objects brighter than magnitude 20 in a broad photometric band that covers most of the visual range;such objects represent approximately 1% of the Milky Way population. Additionally, Gaia is expected to detect thousands to tens of thousands of Jupiter-sized exoplanets beyond the Solar System, 500,000 quasars outside our galaxy and tens of thousands of new asteroids and comets within the Solar System