The Himalayas and the Tibetan Plateau • Earth.com 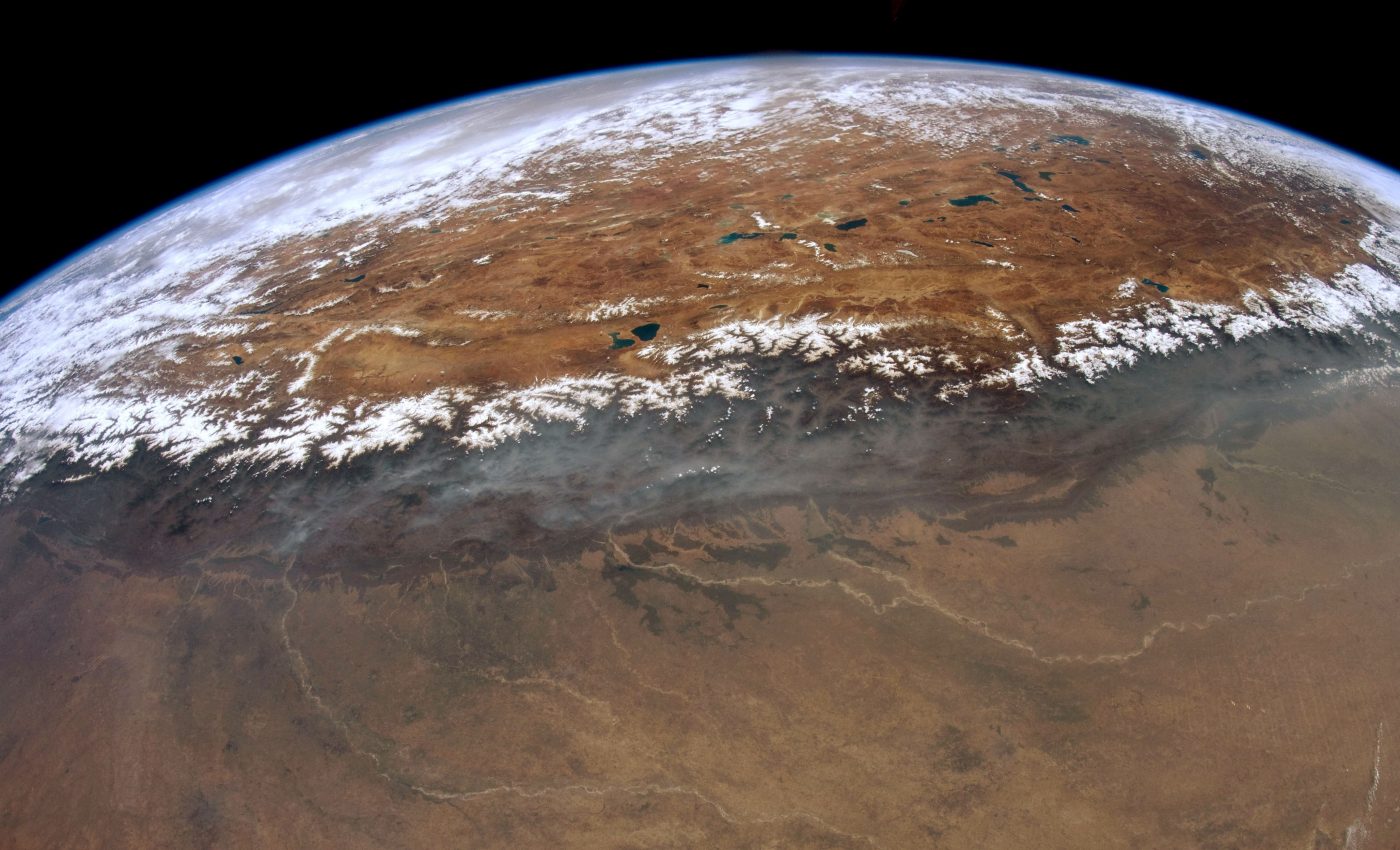 The Himalayas and the Tibetan Plateau Today’s Image of the Day from NASA Earth Observatory features the snow-capped peaks of the Himalayas. The photograph was taken by astronaut Don Pettit from the International Space Station in May of 2012.

The Tibetan Plateau is visible just beyond the 600-mile stretch of mountains, including numerous lakes and mountain glaciers.

Meanwhile, the flat, treeless plains of the Indo-Gangetic belt can be seen in the foreground.

Over millions of years, the Ganges, Ghaghara, and Gandak rivers transported massive amounts of sediment from the Himalayas. This has covered the plains with alluvial soil that is fertile and agriculturally productive. The Tibetan Plateau, also known in China as the Qinghai–Tibet Plateau or the Qing–Zang Plateau or as the Himalayan Plateau in India, is a vast elevated plateau in South Asia, Central Asia and East Asia, covering most of the Tibet Autonomous Region, most of Qinghai, Northwestern Yunnan, Western half of Sichuan, Southern Gansu provinces in Western China, the Indian regions of Ladakh and Lahaul and Spiti as well as Bhutan. It stretches approximately 1,000 kilometres north to south and 2,500 kilometres east to west. It is the world’s highest and largest plateau above sea level, with an area of 2,500,000 square kilometres. With an average elevation exceeding 4,500 metres and being surrounded by imposing mountain ranges that harbor the world’s two highest summits, Mount Everest and K2, the Tibetan Plateau is often referred to as “the Roof of the World”.

The Himalayas and the Tibetan plateau were formed as the Indian tectonic plate collided into the Eurasian plate about 50 million years ago. This process is still ongoing, and the mountain range still rises a bit every year. Mount Everest, the highest peak on Earth, is also visible in the photograph.

According to NASA, the curve of Earth’s limb defines the horizon due to the oblique viewing angle from the ISS.