Image of The Irrawaddy Delta taken from space • Earth.com

Image of The Irrawaddy Delta taken from space 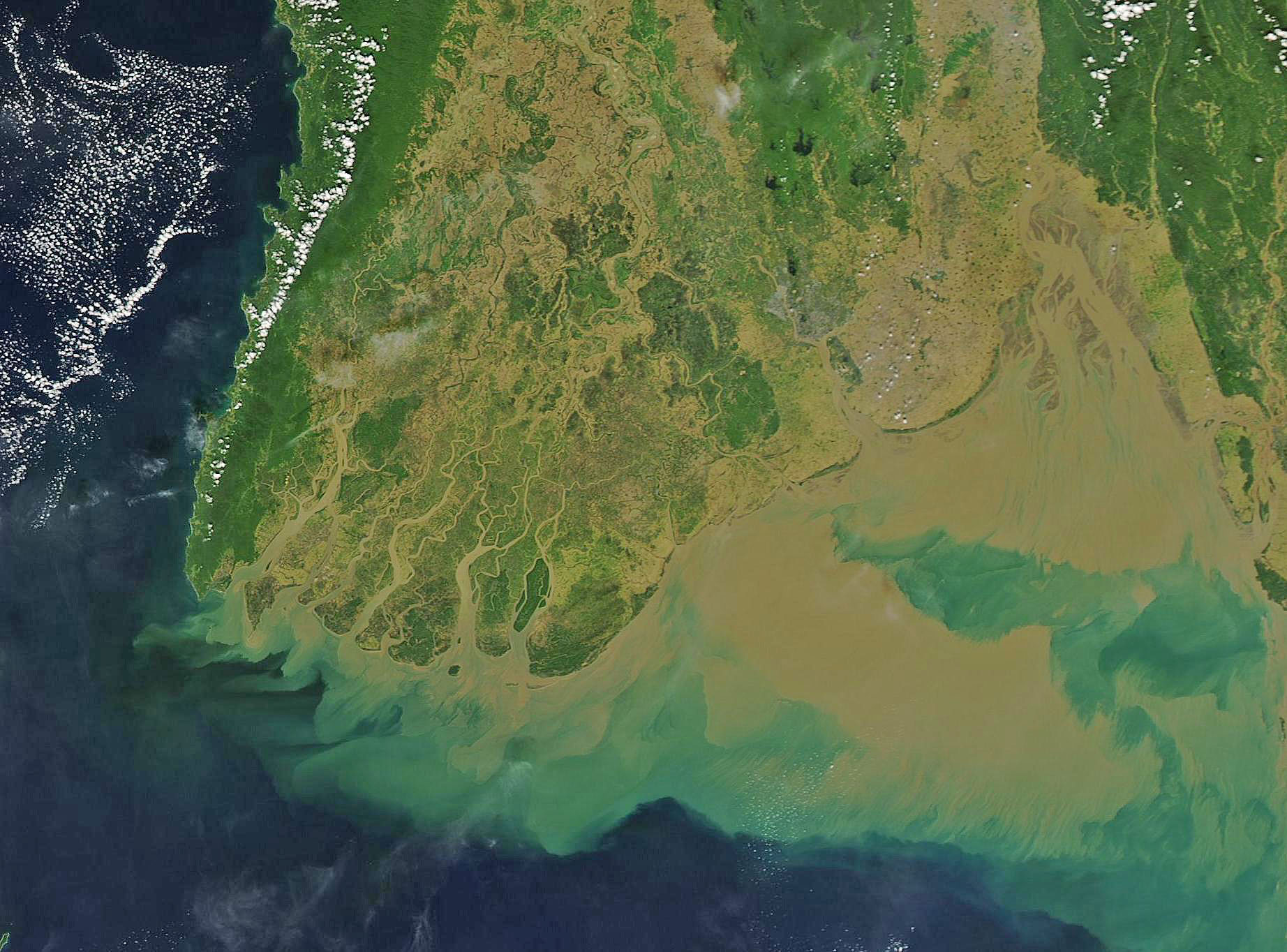 In Burma lies The Irrawaddy Delta. It fans out from the limit of tidal influence at Myan Aung to the Bay of Bengal and Andaman Sea, 290 km to the south at the mouth of the Ayeyarwady River.

The rainy season in Burma begins in mid-May and typically ends in mid-November. According to Relief Web, floods brought by monsoon rains began pounding parts of Myanmar in late July, displacing at least 377,000 people from their homes as the waters gradually moved south towards the Irrawaddy Delta.

The delta of the Irrawaddy River begins about 58 miles (93 km) above the port city of Hinthada (Henzada) and spreads about 180 km (290 km) southward to the Andaman Sea. The region is heavily populated, and also is intensively cropped for rice.