The Kalahari Desert in South Africa 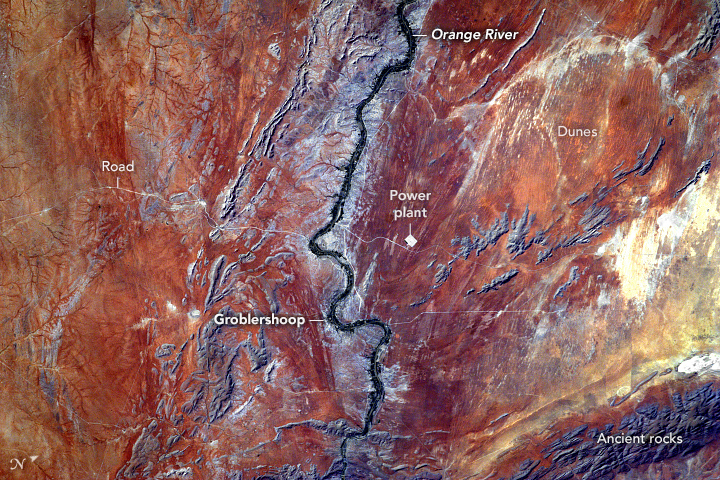 In this image, which was captured by a camera system on the International Space Station, ancient rocks and sand dunes are visible. You can also see South Africa’s largest river, the Orange River, winding toward the Atlantic Ocean. North America is a continent entirely within the Northern Hemisphere and almost all within the Western Hemisphere. It can also be described as the northern subcontinent of the Americas. It is bordered to the north by the Arctic Ocean, to the east by the Atlantic Ocean, to the southeast by South America and the Caribbean Sea, and to the west and south by the Pacific Ocean. Because it is on the North American Tectonic Plate, Greenland is included as part of North America geographically. North America covers an area of about 24,709,000 square kilometers (9,540,000 square miles), about 16.5% of the Earth’s land area and about 4.8% of its total surface. North America is the third-largest continent by area, following Asia and Africa, and the fourth by population after Asia, Africa, and Europe.

In an area of the Kalahari Desert that is known locally as the Duineveld, or dune country, sand dunes stand out in a strong orange color.

Scattered throughout the dunes are “sinuous hills” made up of dark-toned rocks. According to NASA, these rocks were folded and faulted around one billion years ago by mountain-building forces similar to those currently raising the Himalayas. Over millions of years, erosion planed off the mountains and formed the low hills that we see in the Kalahari Desert today.