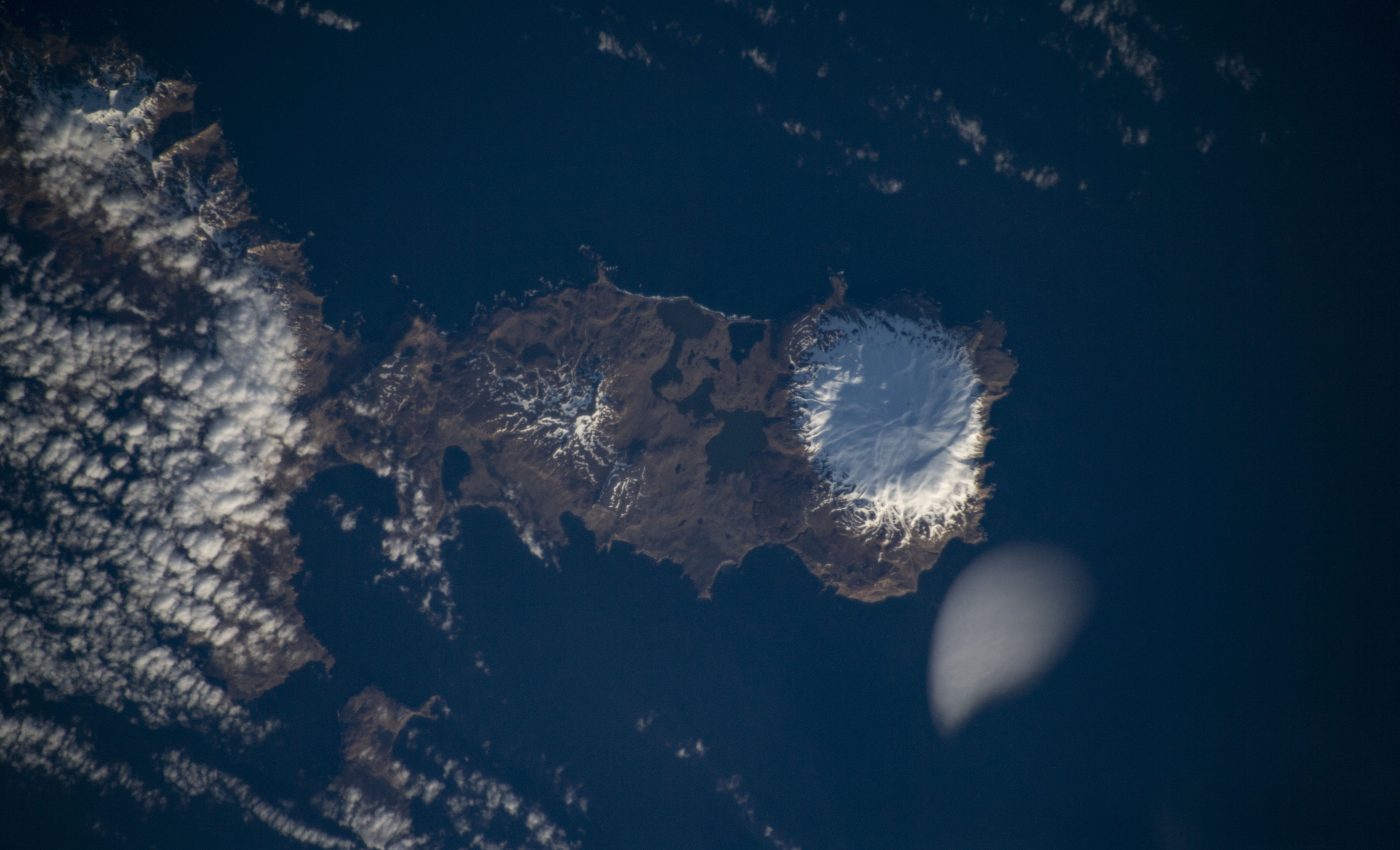 Today’s Image of the Day from NASA features the snow-capped Kiska Volcano on Kiska Island, which is part of the Alaska Maritime National Wildlife Refuge.

This photograph was captured on May 2, 2019 by an Expedition 59 crewmember as the International Space Station was flying 258 miles above the Aleutian Islands.

As one of the only two invasions of the United States during World War II, the Japanese No. 3 Special Landing Party and 500 marines went ashore at Kiska on June 6, 1942 as a separate campaign concurrent with the Japanese plan for the Battle of Midway. The Japanese captured the sole inhabitants of the island: a small United States Navy Weather Detachment consisting of ten men, including a lieutenant, along with their dog. (One member of the detachment escaped for 50 days. Starving, thin, and extremely cold, he eventually surrendered to the Japanese.) The next day the Japanese captured Attu Island.

The military importance of this frozen, difficult-to-supply island was questionable, but the psychological impact upon the Americans of losing U.S. soil to a foreign enemy for the first time since the War of 1812 was tangible. During the winter of 1942–43, the Japanese reinforced and fortified the islands—not necessarily to prepare for an island-hopping operation across the Aleutians, but to prevent a U.S. operation across the Kuril Islands. The U.S. Navy began operations to deny Kiska supply which would lead to the Battle of the Komandorski Islands. During October 1942, American forces undertook seven bombing missions over Kiska, though two were aborted due to inclement weather. Following the winter, Attu was recaptured, and bombing of Kiska resumed for over two months, until a larger American force was allocated to defeat the expected Japanese garrison of 5,200 men.