The Rhone River flowing out of Lake Geneva • Earth.com

The Rhone River flowing out of Lake Geneva 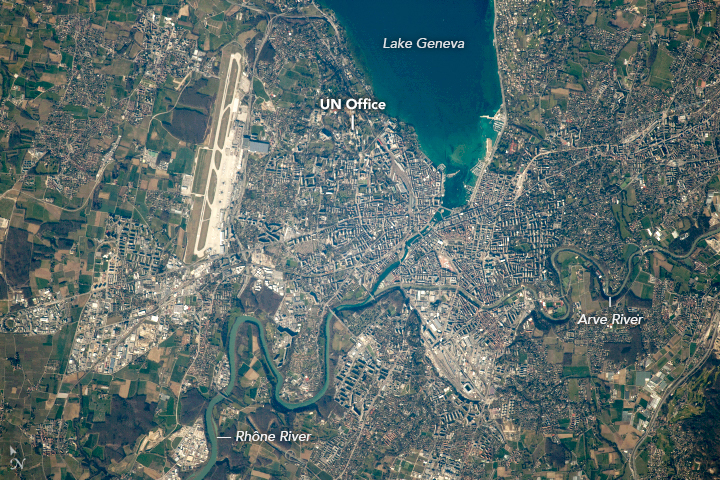 According to NASA, the river flows across 505 miles from the Rhone Glacier in the Swiss Alps to the Mediterranean Sea off the coast of France.

This photograph was captured on April 6. 2018 at the ISS Crew Earth Observations Facility and is provided by the Earth Science and Remote Sensing Unit at the Johnson Space Center.The Rhone River flowing out of Lake Geneva

The lake and the community of Lake Geneva were named for the town of Geneva, New York, located on Seneca Lake, which government surveyor John Brink thought it resembled. To avoid confusion with the nearby town of Geneva, Illinois, the city was renamed Lake Geneva; later the lake was renamed Geneva Lake.
Lakeshore attractions include Big Foot Beach State Park, Lake Geneva Yacht Club, the George Williams College campus of Aurora University, and Yerkes Observatory. The observatory is owned by the University of Chicago, which has established a study group to plan a regional center for science education at the observatory.