The peak of autumn leaves in Sault Ste. Marie • Earth.com

The peak of autumn leaves in Sault Ste. Marie 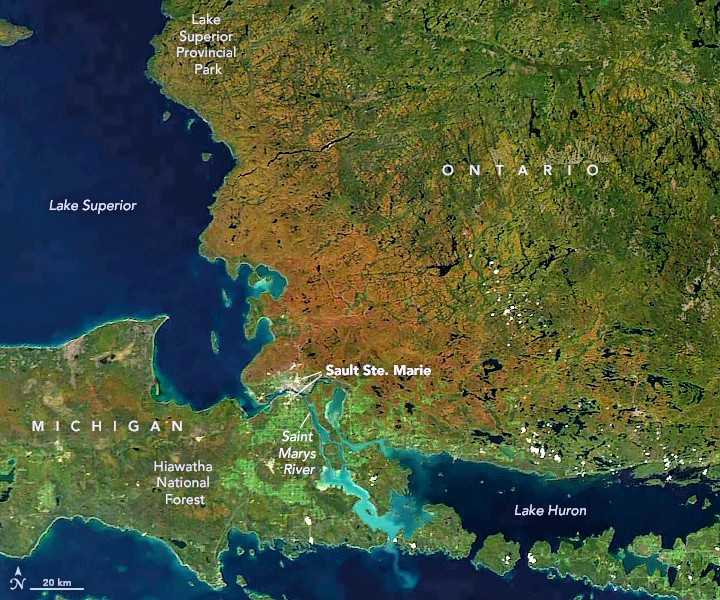 Today’s Image of the Day from NASA Earth Observatory features the region surrounding Sault Ste. Marie, Michigan, where native humans have lived and fished for at least 2,000 years.

When Sault Ste. Marie was first established, it became the first city in North America’s Great Lakes region. The city was split into two after the War of 1812, with one part in the state of Michigan and the other part in Ontario, Canada.

According to NASA, Sault Ste. Marie is routinely included on lists of the best places to view the changing leaves in the fall.

The image was captured on September 29, 2021 by the Moderate Resolution Imaging Spectroradiometer (MODIS) on NASA’s Aqua satellite. At this time, the autumn colors in the region were close to reaching their peak.