The Serengeti plains of Africa • Earth.com

The Serengeti plains of Africa 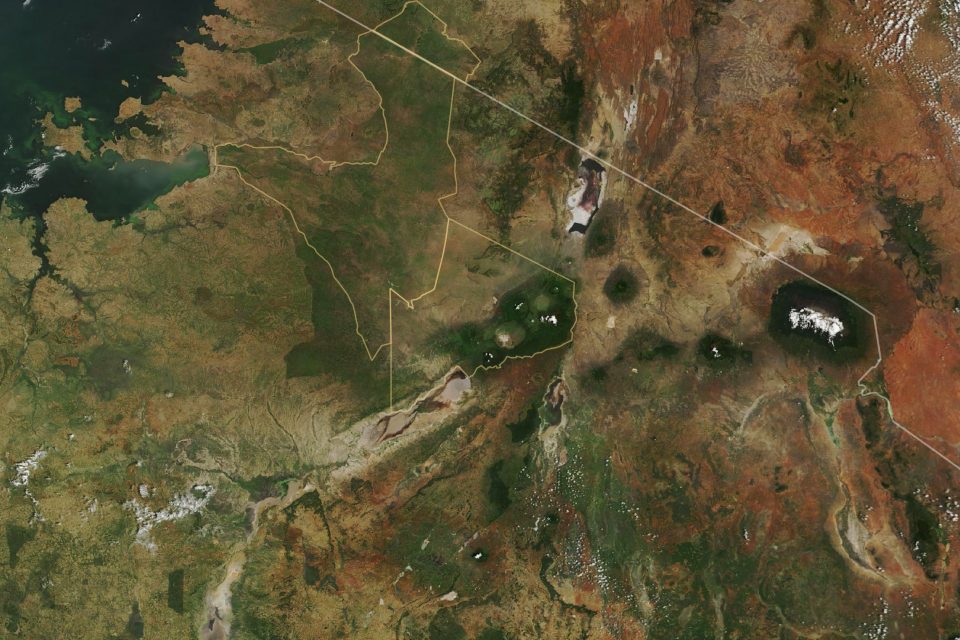 Every year, the Serengeti hosts the largest natural animal migration on the planet when about 1.5 million wildebeest move around in search of pasture and water.

This migration is one of the natural wonders of the world, and attracts hundreds of thousands of tourists.The Serengeti plains of Africa

The image was captured on February 4, 2018 as by the Moderate Resolution Imaging Spectroradiometer (MODIS) on NASA’s Terra satellite. Africa is the world’s second-largest and second-most populous continent, after Asia. At about 30.3 million km2 (11.7 million square miles) including adjacent islands, it covers 6% of Earth’s total surface area and 20% of its land area. With 1.3 billion people as of 2018, it accounts for about 16% of the world’s human population. The continent is surrounded by the Mediterranean Sea to the north, the Isthmus of Suez and the Red Sea to the northeast, the Indian Ocean to the southeast and the Atlantic Ocean to the west. The continent includes Madagascar and various archipelagos. It contains 54 fully recognised sovereign states (countries), four territories and two de facto independent states with limited or no recognition. The majority of the continent and its countries are in the Northern Hemisphere, with a substantial portion and number of countries in the Southern Hemisphere.