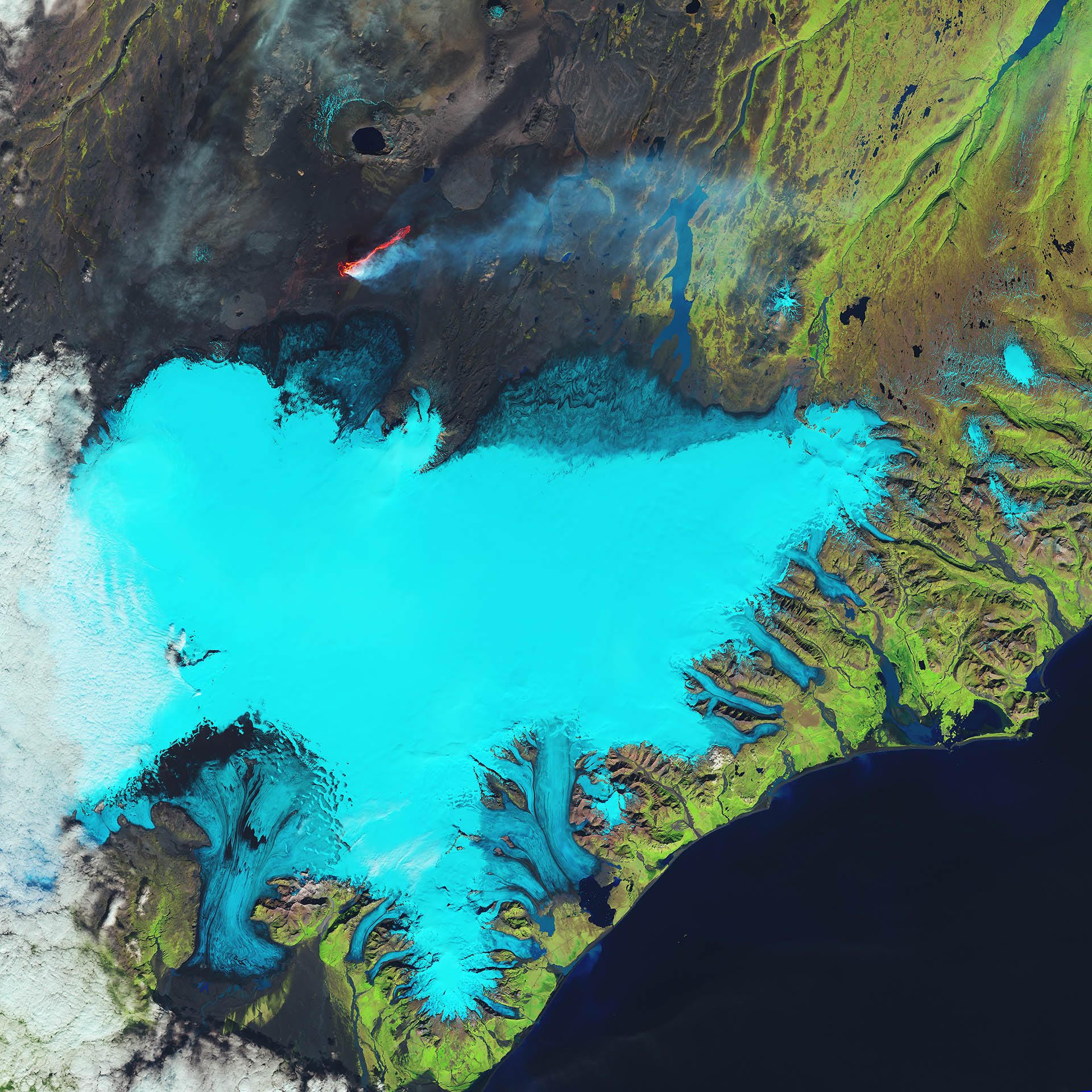 The Landsat-8 satellite takes us over Iceland’s southeastern coast and the Vatnajökull glacier in this false-color image from September 6, 2014.

Glaciers cover 11% of Iceland’s landscape, the largest being the Vatnajökull – known as the Vatna Glacier in English – which at 8000 sq km is also the largest in Europe.

Up to a kilometer thick, the Vatna ice cap has about 30 outlet glaciers – many of which are retreating owing to warming temperatures.

A number of volcanoes lie underneath this ice cap, including the infamous Grímsvötn, which caused disruption of northern European air traffic in recent years following eruptions and the spread of ash plumes. This volcano is visible as a black arc on the central-left side of the image.

In 1996 an eruption of Grímsvötn caused some of the overlying glacial ice to melt. The water then broke out of the ice cap and flooded the nearby outwash plain, causing millions of dollars’ worth of damage.

In the upper-central part of the image, in an area known as the Holuhraun lava field, we can see a bright orange strip of lava through a crack in the surface. This type of elongated volcanic eruption is known as a fissure vent, and usually occurs without any explosive activity.