Timbuktu in the Sahara Desert • Earth.com

Timbuktu in the Sahara Desert 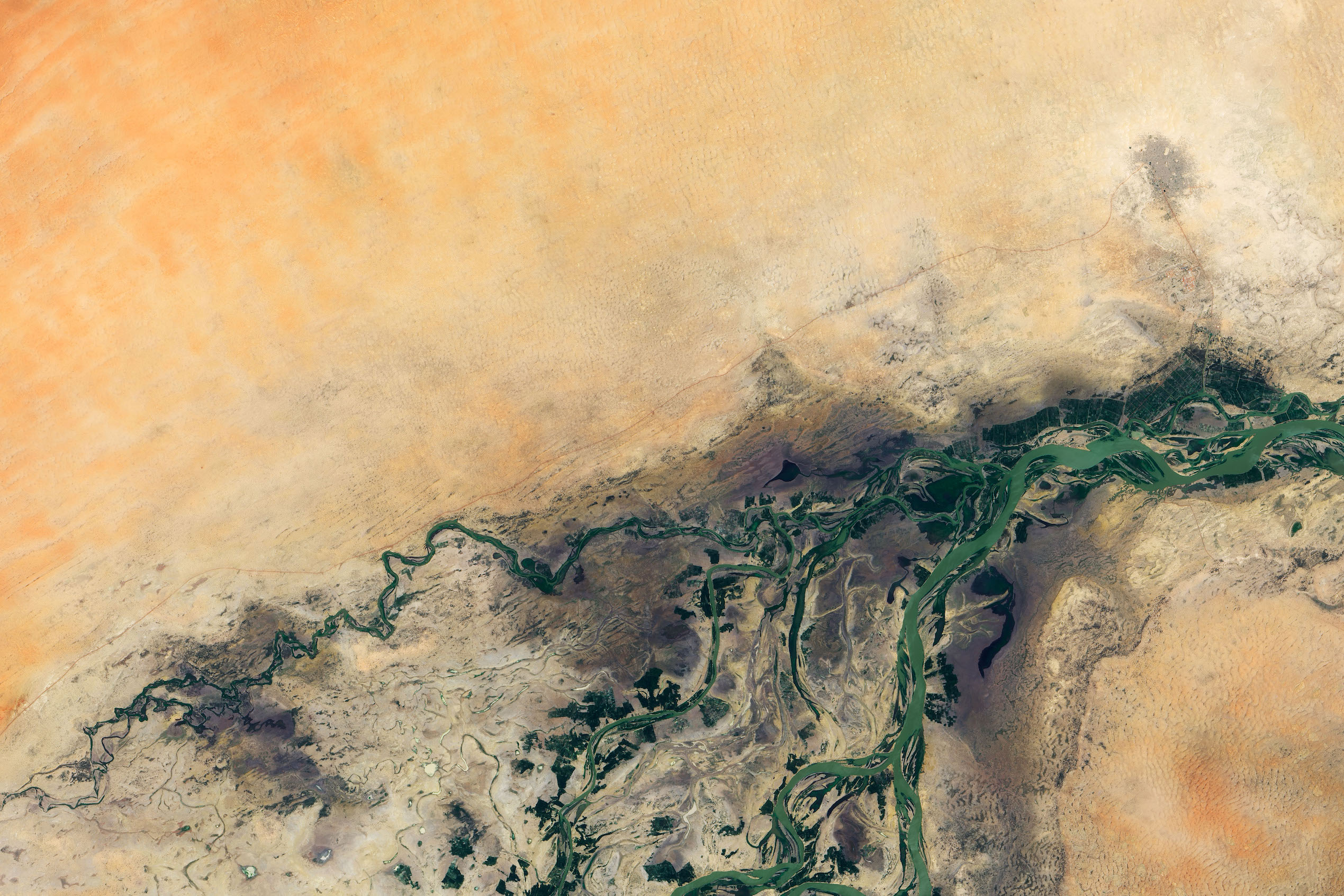 Today’s Image of the Day comes thanks to the NASA Earth Observatory and features a look at the city of Timbuktu in the middle of the Sahara Desert.

Timbuktu is so remote that those two long red roads are the only reliable ways to get to the city. Long ago, however, it served as an important hub along gold, salt, and ivory trade routes.

Stairtin oot as a saisonal dounset, Timbuktu became a permanent dounset early in the 12t century. Efter a shift in tradin routes, Timbuktu flourished frae the trade in salt, gowd, ivory an slaves, an it became pairt o the Mali Empire early in the 13t century. In the first hauf o the 15t century the Tuareg tribes teuk control o the ceety for a short period till the expandin Songhay Empire absorbit the ceety in 1468.

A Moroccan airmy defeatit the Songhay in 1591, an made Timbuktu, rather than Gao, thair stranghauld. The invaders established a new rulin class, the arma, who efter 1612 became independent o Morocco. Housomeivver, the gowden age o the ceety wis ower an it entered a lang period o decline. Different tribes govrened till the French teuk ower in 1893, a situation that lastit till it became pairt o the current Republic o Mali in 1960. Presently Timbuktu is impoverished an suffers frae desertification. Several initiatives are bein unnertaken tae restore the historic manuscripts still kept in the ceety. Meanwhile, tourism forms an important soorce o income.