The Songhua River in northern China 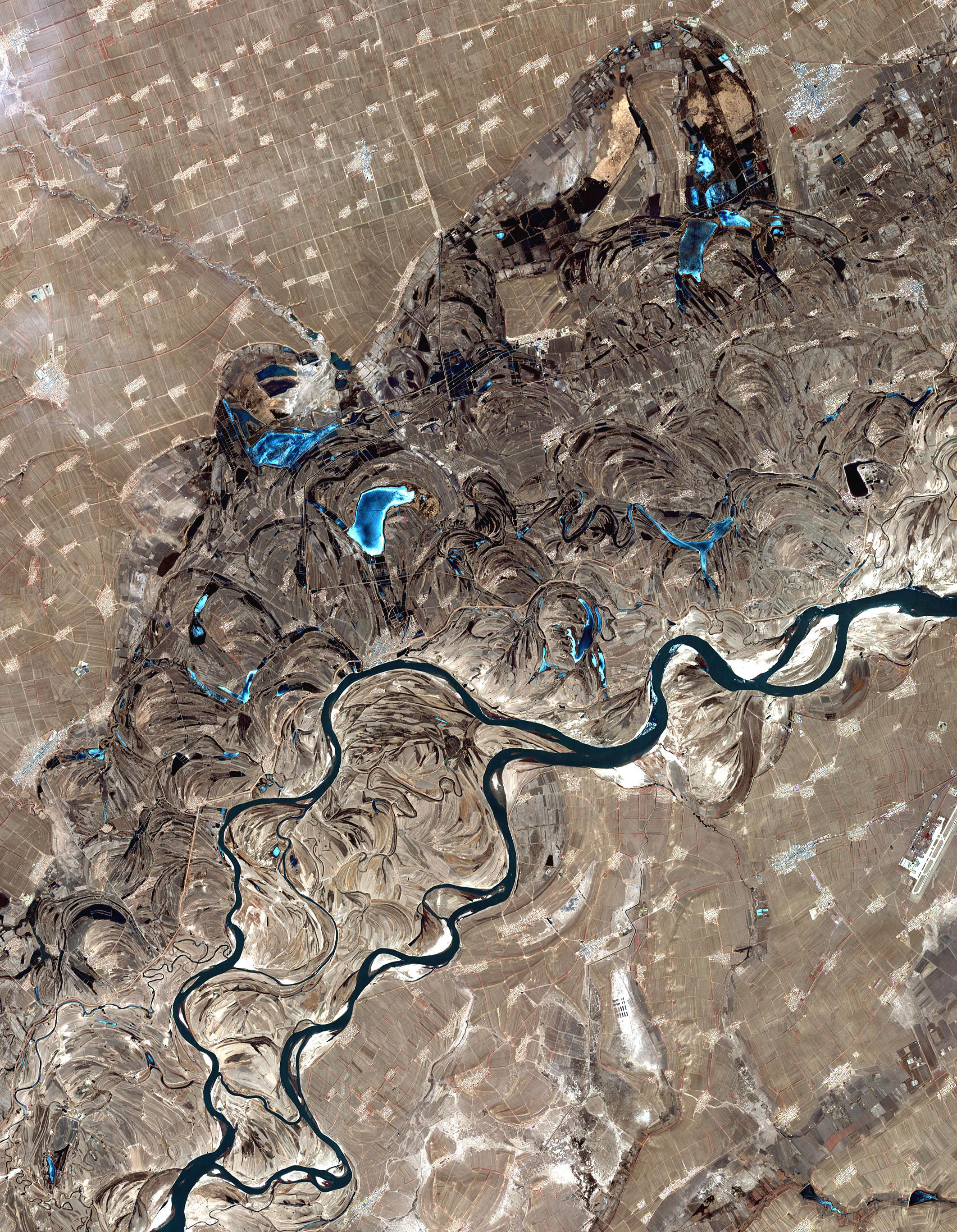 Today’s Image of the Day comes thanks to the NASA Earth Observatory and features a look at the Songhua River in northern China.

The Songhua River spans 890 miles, beginning in the Changbai Mountains near the North Korean border, and emptying into the Amur River.

This image was captured by the Advanced Spaceborne Thermal Emission and Reflection Radiometer (ASTER) on NASA’s Terra satellite.

The Songhua River (also Haixi or Xingal, formerly Sunggari) is one of the primary rivers of China, and the largest tributary of the Amur River. It flows about 1,434 kilometres (891 mi) from the Changbai Mountains on the China–North Korea border through China’s northeastern Jilin and Heilongjiang provinces.

The extreme flatness of the Northeast China Plain has caused the river to meander over time, filling the wide plain with oxbow lakes, as remnants of the previous paths of the river.

The Songhua rises south of Heaven Lake, near the China-North Korea border.

From there it flows north, to be interrupted by the Baishan, Hongshi and Fengman hydroelectric dams. The Fengman Dam forms a lake that stretches for 62 kilometres (39 mi). Below the dam, the Second Songhua flows north through Jilin, then northwest until it is joined by its largest tributary, the Nen River, near Da’an, to create the Songhua proper.

The Songhua turns east through Harbin, and after the city, it is joined from the south by the Ashi River, and then by the Hulan River from the north.