Torfajökull and the caldera full of hot springs • Earth.com

Torfajökull and the caldera full of hot springs 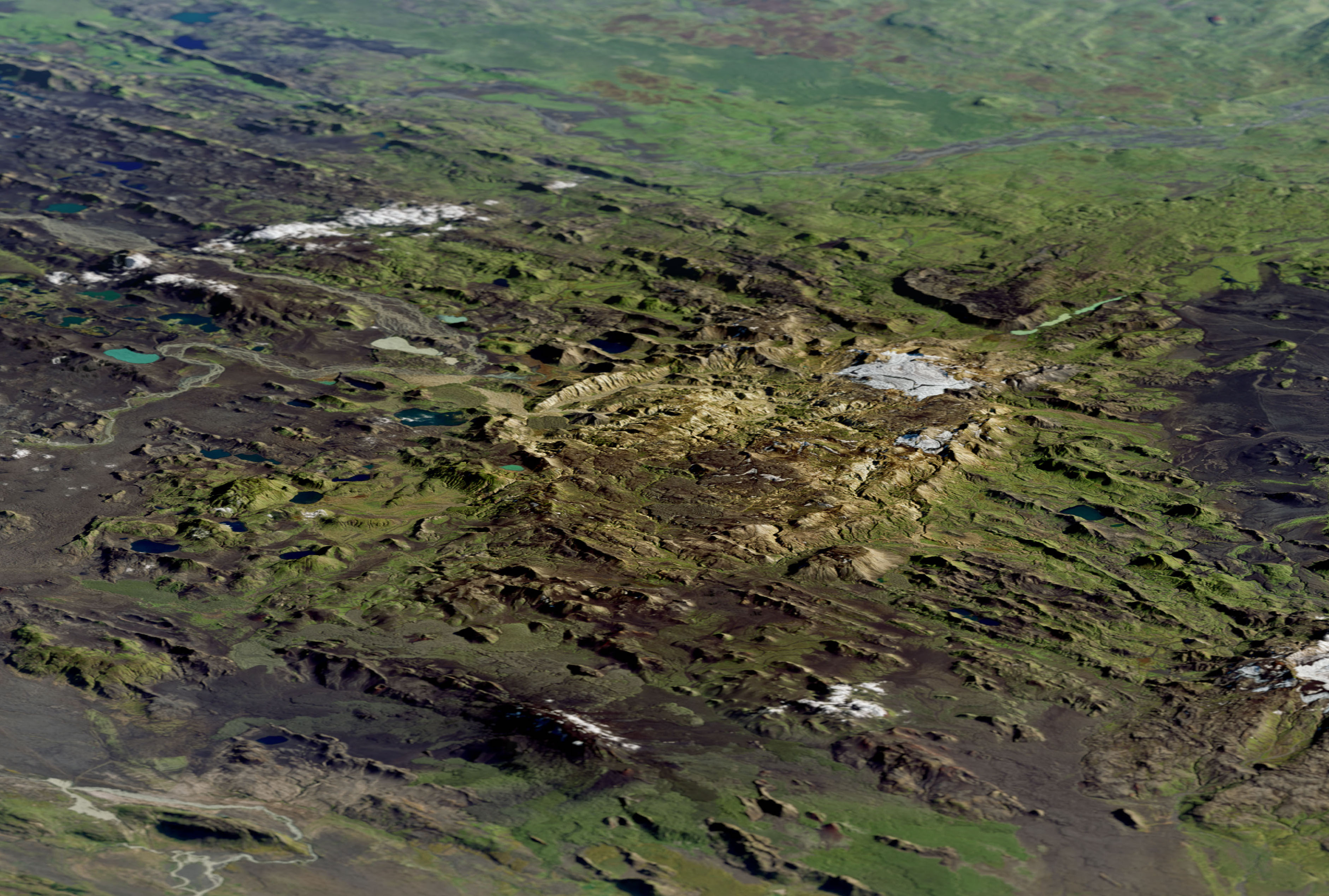 Today’s Image of the Day comes from the NASA Earth Observatory and features a look at the Torfajökull volcano in Iceland.

Torfajökull is famous for its large caldera, which contains hot springs, mud pools, and gas vents. The volcano hasn’t had a proper eruption since 1477.

Torfajökull (Icelandic for “Torfi’s glacier”) is a rhyolitic stratovolcano and complex of subglacial volcanoes, located north of Mýrdalsjökull and south of Þórisvatn Lake, Iceland. Torfajökull last erupted in 1477 and consists of the largest area of silicic extrusive rocks in Iceland.
The volcano’s eruption around 870 has left a thin layer of tephra all over Iceland. This layer makes possible to determine the exact dates of many archeological finds, like in the Reykjavík  museum.