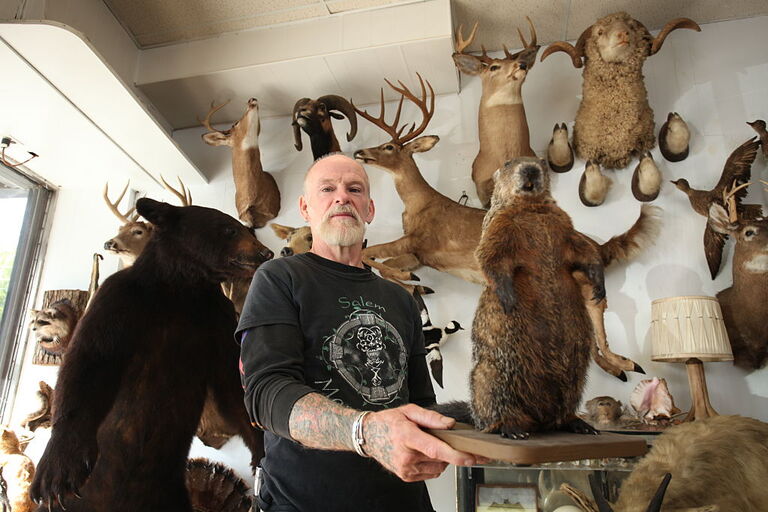 While the bear swapped hands, none of the players involved stopped to question its prior history. If they had, they might not have wanted it at all. Nevertheless, when the bear arrived at the pawnshop, the owner quickly contacted, of all people, country music star Waylon Jennings. Waylon was a major taxidermy collector and bought the bear to add to his other figures. Photo credit: Ruaridh Connellan/BarcroftImages / Barcroft Media via Getty Images