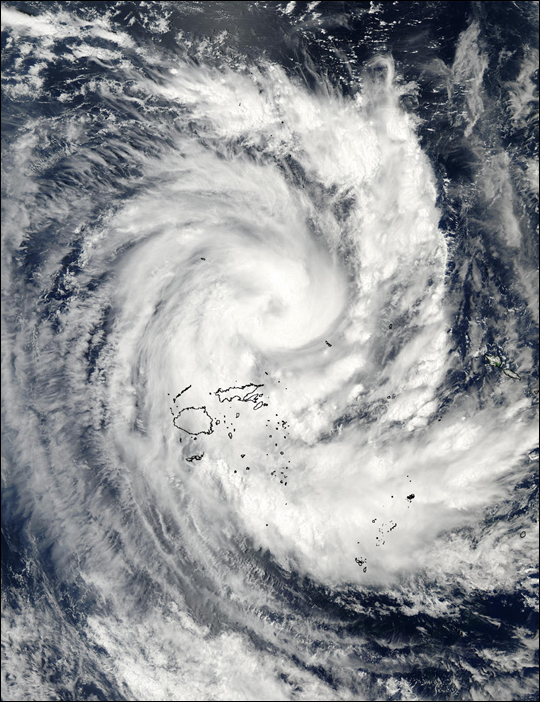 Severe Tropical Cyclone Ami (RSMC Nadi designation: 05F, JTWC designation: 10P) was one of the worst cyclones to affect Fiji. The system was the third cyclone and the second severe tropical cyclone of the 2002–03 South Pacific cyclone season. Cyclone Ami developed from a low-pressure area east of Tuvalu on January 12. Originally, the storm moved slowly towards the southwest early in its existence. Influenced by an upper-level trough, Ami slowed down and began moving towards the south and then southeast. The cyclone attained severe tropical cyclone intensity on January 13. Ami made its first landfall at Vanua Levu, before subsequently making another landfall on Taveuni. Still intensifying, Ami reached peak intensity as an equivalent Category 3 cyclone on the Australian and Fiji cyclone scales on January 14. Accelerating to the southeast, the cyclone began to cross over cool sea surface temperatures and encountered wind shear. Ami transitioned into an extratropical cyclone the day after