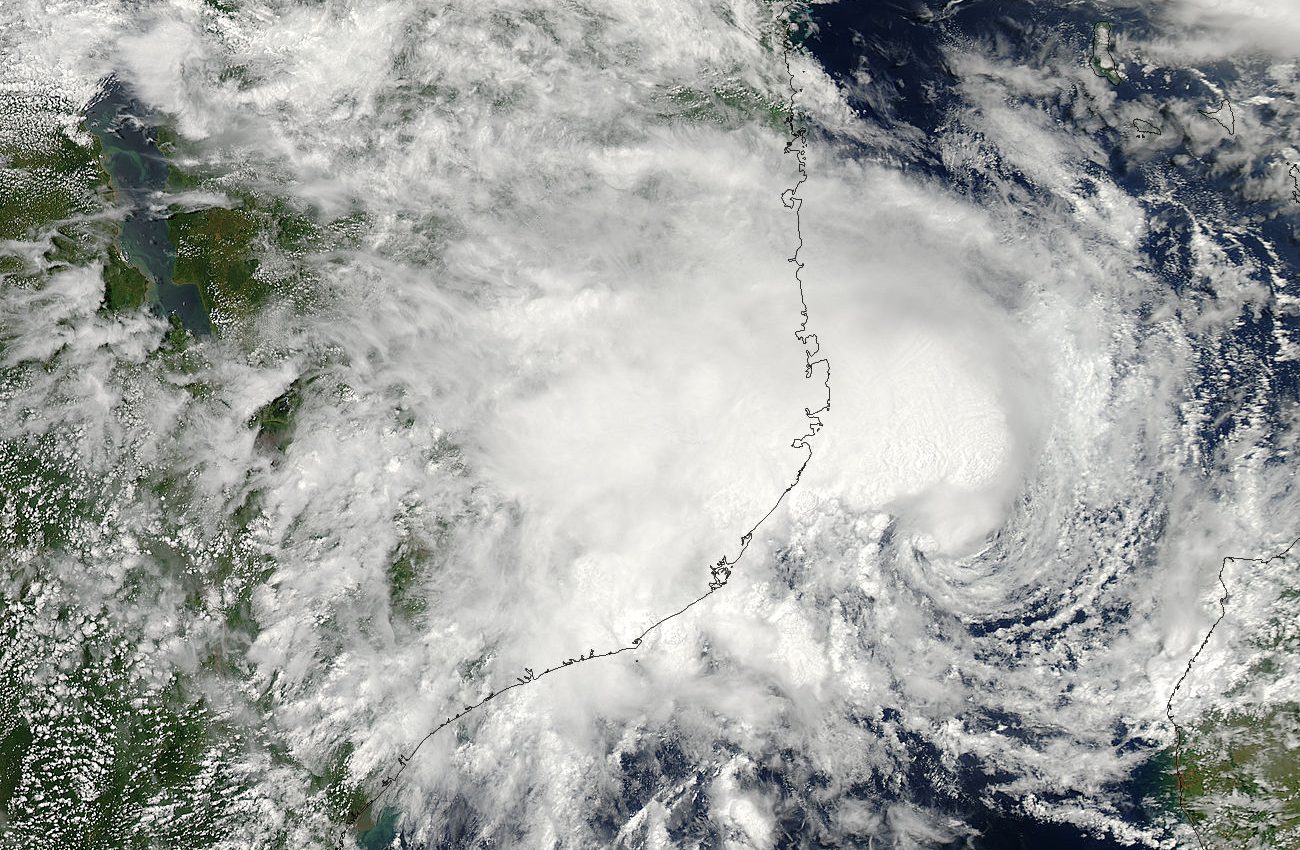 Tropical cyclone Boloetse in the Mozambique Channel, in between Madagascar and the east coast of Africa . In this image was acquired on February 3, 2006. It is forecast to strike Madagascar during the early morning hours of February 4, 2006.

Although the storm reached a peak of about 90 knots or 104 miles per hour (1 knot = 1.15 mph) and was projected to weaken into a tropical storm by February 5. The storm has already crossed Madagascar once as a weaker tropical storm. Then it regained strength from the warm waters within the Mozambique Channel, where it reformed to have another go at the island.

Tropical cyclones are given names in order to reduce confusion when disseminating information about them, particularly in times of emergency. The World Meteorological Organization, a branch of the United Nations, maintains a list from which storm names are chosen. Therefore the Tropical cyclones are large, rotating regions of wind, clouds, and thunderstorms formed over warm tropical oceans. Also a tropical cyclone (of sufficient strength) in the Caribean basin is called a hurricane.