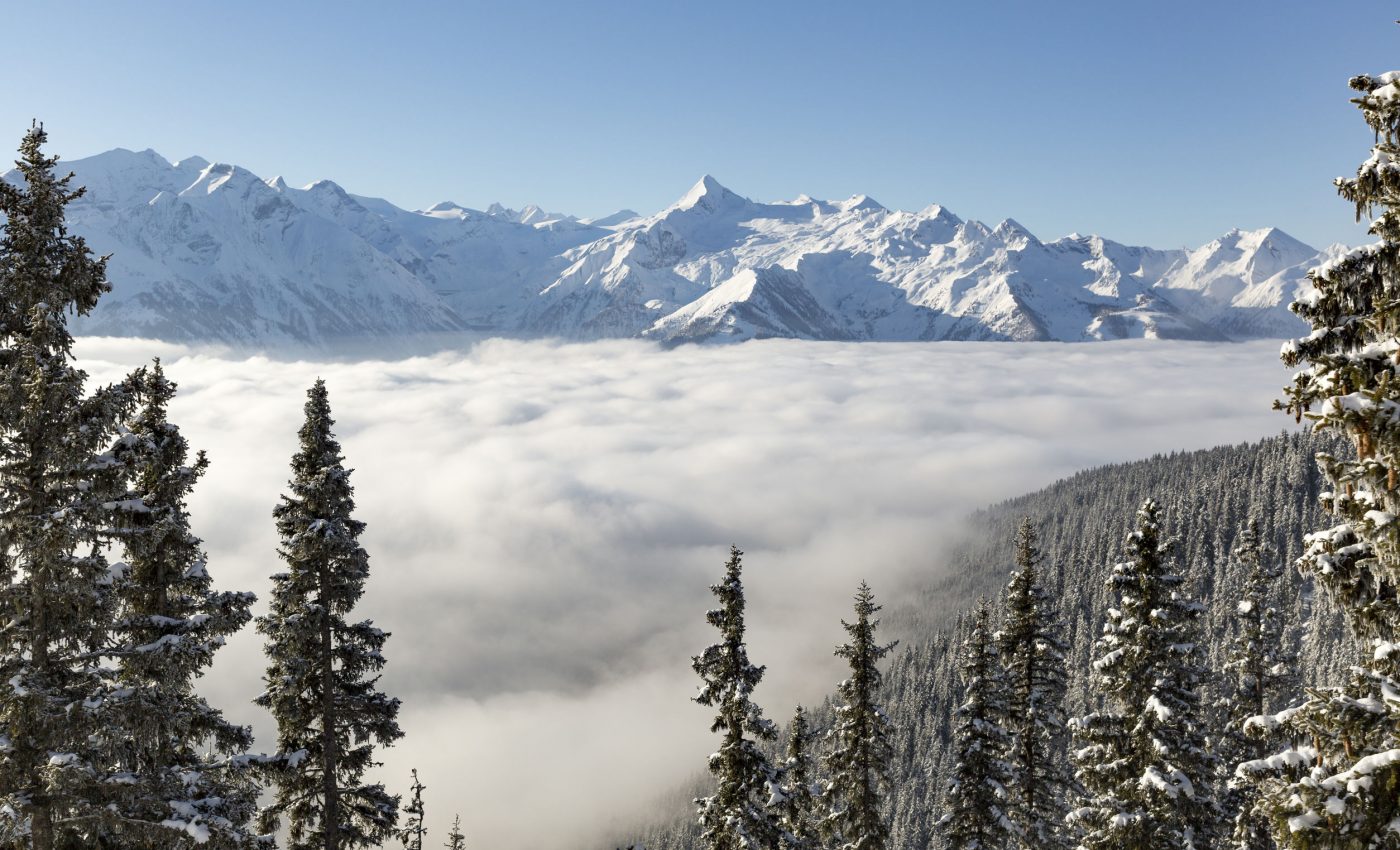 A series of images demonstrate how satellite imagery can been used to distinguish -and map – between snow and clouds. The first image that displays is a color composite image of snow, fog, and low clouds in Central Europe.

With this type of image, colors are assigned according to the intensity with which the land or ocean surface reflects sunlight, much in the same way as an ordinary digital camera. For example, objects or phenomena that reflect the red portion of the spectrum are assigned the color red; things that reflect red very strongly are given a higher intensity than things that reflect red less strongly. The same is true for blue and green, the other primary colors.

However, unlike the human eye, satellites also collect information in other parts of the spectrum, such as the near infrared. By assigning these other bands that humans are not able to see to colors that we can see, a false color composite it formed; this is the type of image that displays when you place your mouse over the first image. Often, these images are useful for highlighting certain features.