Tropical Cyclone Kyant in the Bay of Bengal • Earth.com

Tropical Cyclone Kyant in the Bay of Bengal 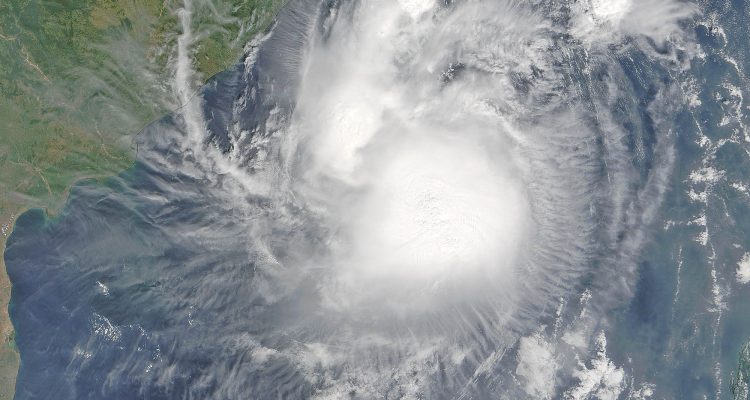 Tropical Cyclone Kyant continued to move in a westerly direction across the Bay of Bengal in the northern Indian Ocean as NASA’s Terra satellite captured its image.

On October 26 at 1:05 a.m. EDT, the Moderate Resolution Imaging Spectroradiometer (MODIS) instrument captured a true-color image of Tropical Cyclone Kyant in the Bay of Bengal.

The image showed a rounded area of clouds with a fragmented band of thunderstorms wrapping into the low-level center from the northwest of the center.

By 11 a.m. EDT, Tropical Cyclone Kyant had maximum sustained winds near 52 mph. It was centered near 15.8 degrees north latitude and 85.8 degrees east longitude, around 419 nautical miles south-southwest of Calcutta, India, and was moving to the west-southwestward at 13.8 mph.

Warming cloud top temperatures means there is a weaker uplift of air to push the clouds higher in the troposphere. The cyclone was steered southwestward along the southern edge of a subtropical, elongated area of high pressure.

By October 28, Kyant had weakened to a depression and the JWTC issued its last advisory on the system. The system continued to move west-southwestward towards southern India and is forecast to bring downpours to parts of the region through October 29, with Andhra Pradesh, Tamil Nadu and Kerala expected to take the heaviest rainfall.