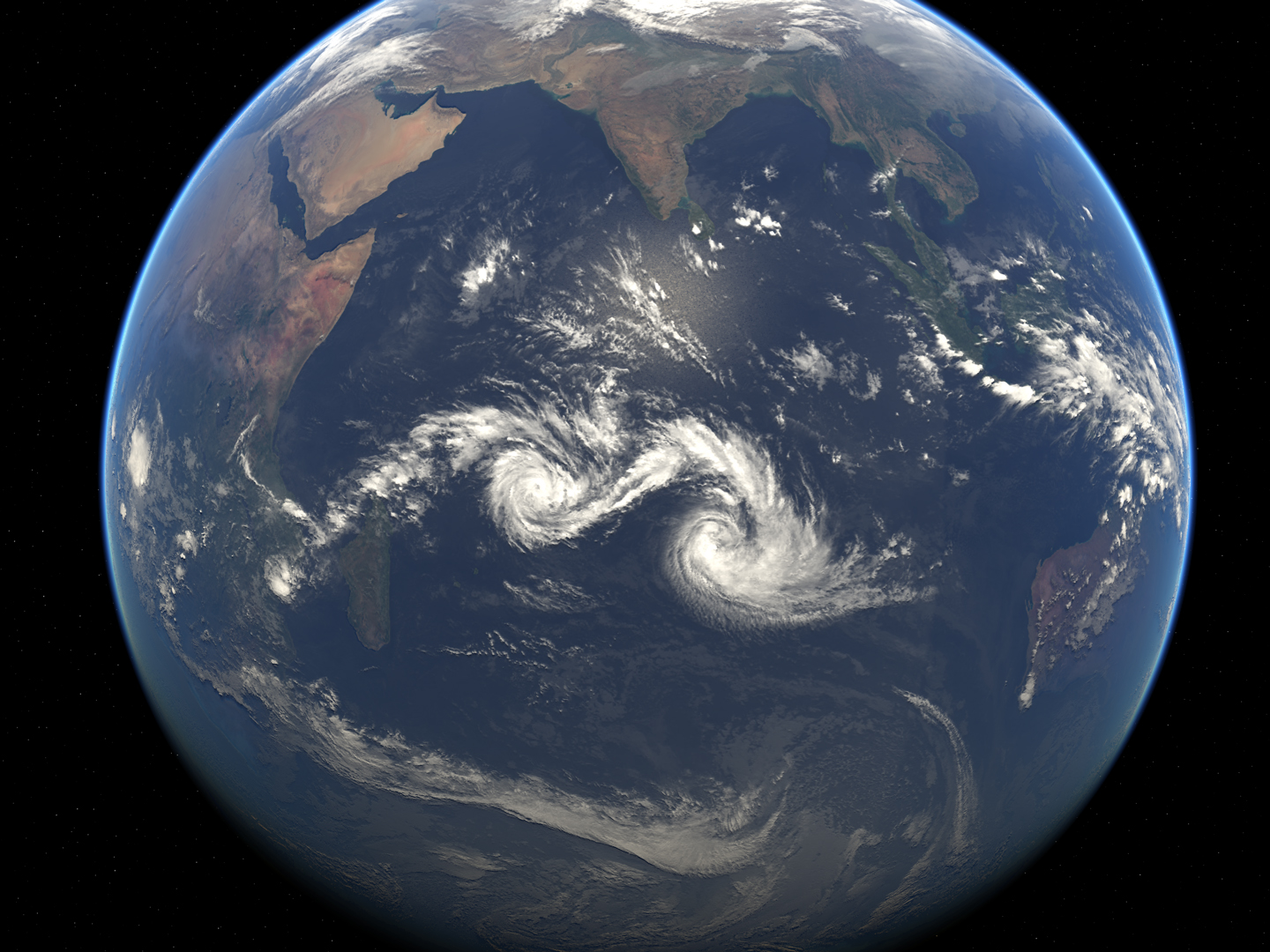 Today’s Image of the Day comes thanks to the NASA Earth Observatory and features a look at twin tropical cyclones in the Indian Ocean.

The photo is a throwback to January 2015, when two tropical cyclones, named Diamondra and Eunice, developed simultaneously. Luckily, neither was strong enough to make landfall or cause much damage.

At the time this image was captured, the two cyclones were roughly 930 miles apart. Eunice had maximum sustained winds of 100 miles per hour, while Diamondara’s winds hit roughly 60 miles per hour.

The image is a composite captured by satellites maintained by EUMETSAT and the Japanese Meteorological Agency.